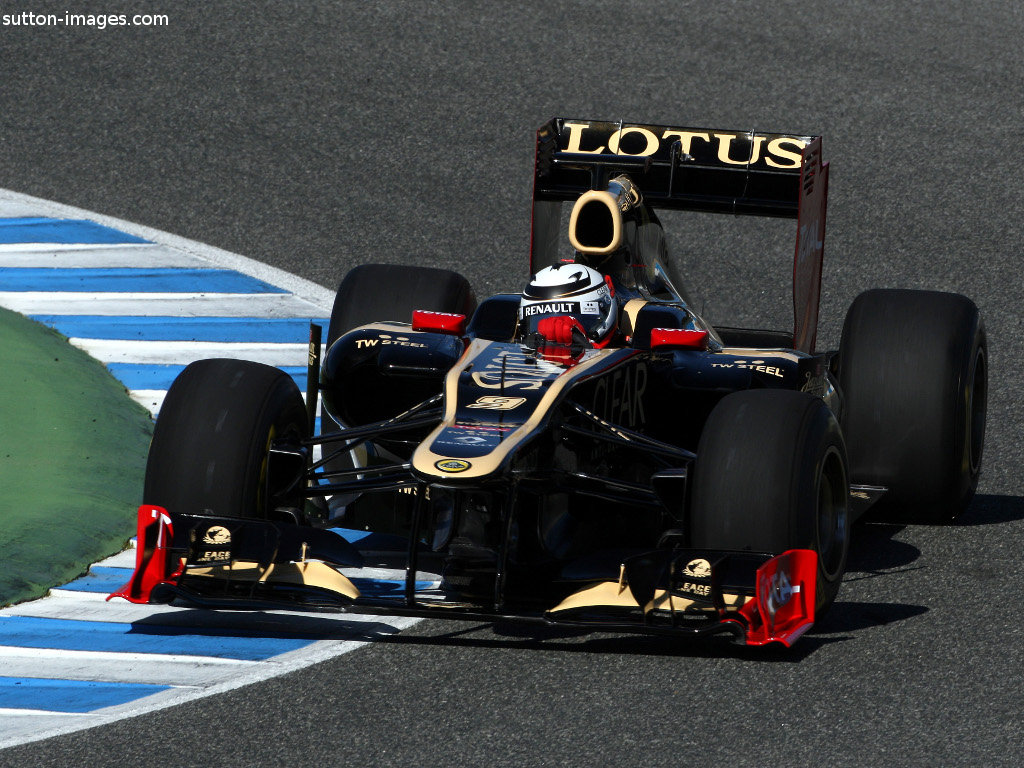 Kimi Raikkonen says his first impressions of his new E20 are “good” despite not getting out of second gear.

Following Sunday’s online launch and a second that took place trackside at Jerez a day later, Raikkonen put in the first laps in the new Lotus E20.

The 2007 World Champ, who will be behind the wheel on Tuesday and Wednesday when pre-season testing gets underway at the Spanish circuit, climbed into the cockpit on Monday afternoon for filming purposes.

But, because of the nature of the event, Raikkonen never reached race-pace, revealing that he in fact never went any higher than second gear.

“It’s great to see the E20 at a race circuit and even better to get behind the wheel,” said the 32-year-old.

“It’s always frustrating to be in a new car and not be able to drive it at maximum attack, but thankfully I will have that opportunity for the next two days.

“My initial impressions are good, I fit comfortably in the car and it feels great in first and second gear; now let’s see what it can do tomorrow.”

Alan Permane, Lotus’s trackside operations director, highlighted the importance of getting off to a good start in testing as they look to first establish a reliable E20.

“The main purpose of the first test is to complete as many laps as possible with the E20,” he said. “This allows us to assess if all systems are working as they should and highlights if there are any areas requiring our attention.”

“We monitor all systems to ensure that everything is operating within the correct temperature range, and functioning as designed. Although we have a very early version of the aerodynamic package here, we are able to validate the track data against our CFD and wind tunnel information.

“Jerez is not a circuit we race on, but it is a good test venue with a range of high-speed and low-speed corners as well as a mixture of kerbs.”