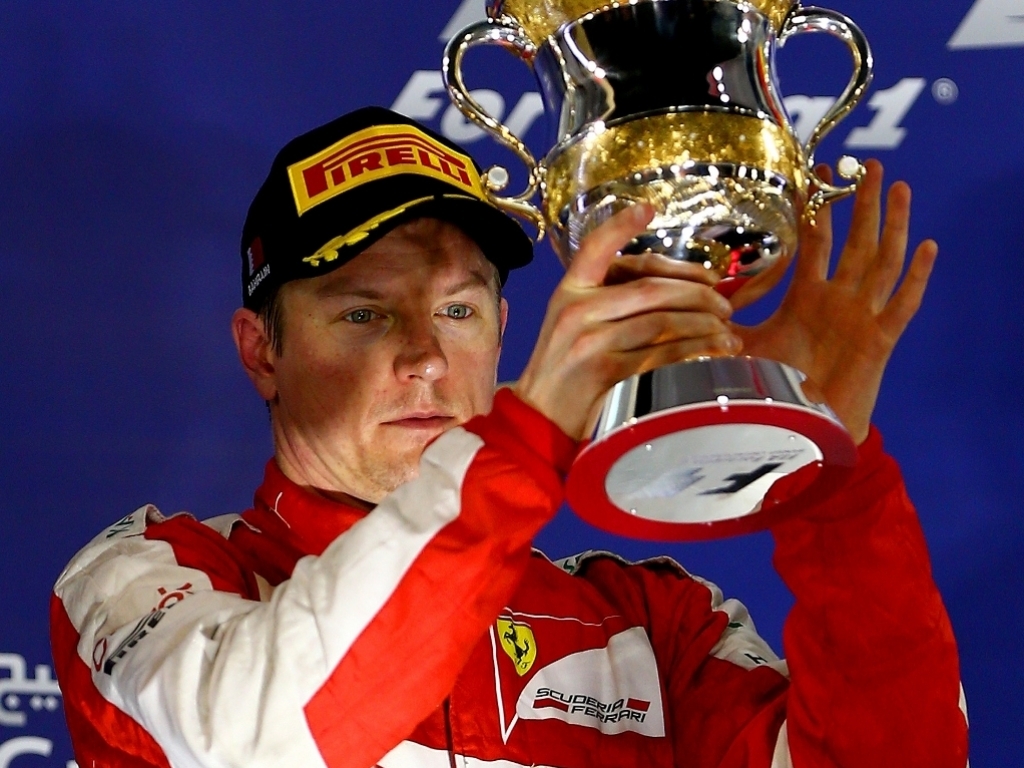 Despite achieving his first podium since 2013, Kimi Raikkonen was only a "bit" pleased with his runner-up result in Bahrain.

Opting for a different strategy to the other front runners, which had him using the medium tyres in the middle stint and finishing on the soft Pirellis, Raikkonen kept those ahead within his sight.

On the option tyre in the final stint, he was able to close rapidly on Nico Rosberg and applied pressure as the laps counted down.

Raikkonen made his move on the penultimate lap, swopping past the Mercedes driver, who had run wide, and up into second.

"You're never happy when you finish second, but after a difficult start of the year I'm a bit pleased to get a better result," he said.

"We came through in the end but we ran out of laps. We have to be happy with that after where we qualified, but we are looking for better results."

The Finn hailed Ferrari's improvements, saying a "good" atmosphere within the team has resulted in a "big step" forward.

"I'm very happy with how the team is working after last year. Where we are now is a big step.

"The atmosphere is good now and we have a good direction to keep pushing.

"It seems to be working well – I'm sure as a team we will get there to fight for wins all the time but it will take a bit more time."