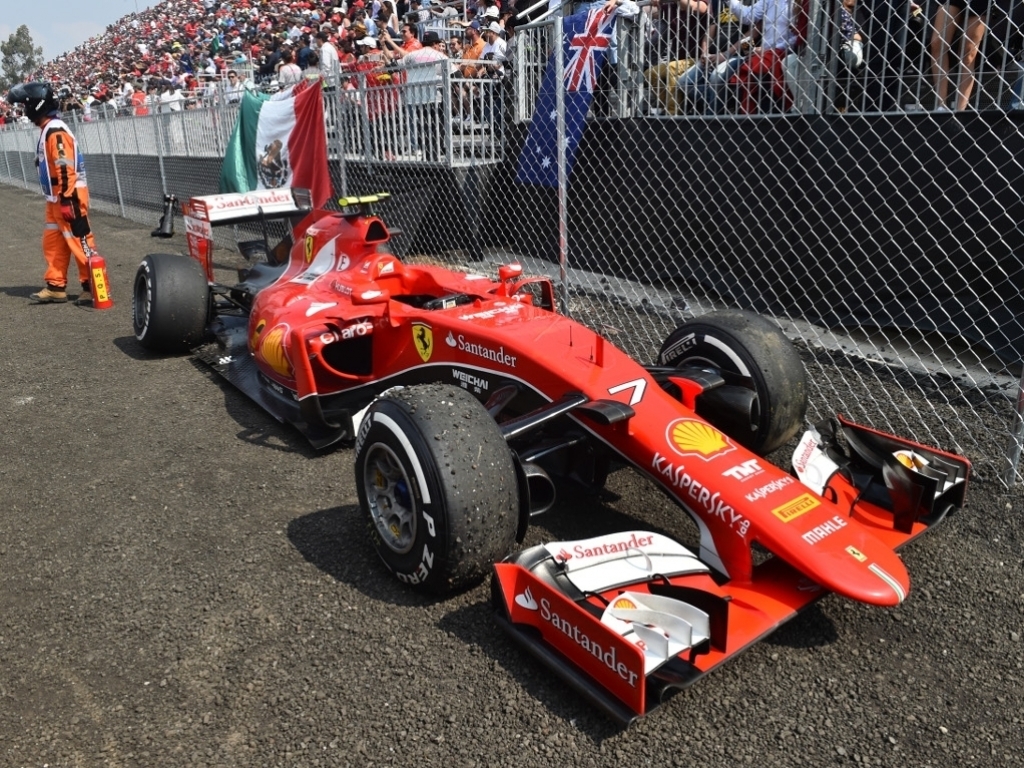 Kimi Raikkonen says there is no point trying to apportion blame for his Mexico DNF as it "doesn't help anybody."

The Ferrari driver crashed out of Sunday's Mexican Grand Prix when he tangled with Valtteri Bottas for the second time in three races.

But while Bottas was the one knocked out of the race in Russia, this time around Raikkonen came off second best.

He bounced out as his SF15-T was lifted by the impact with the Williams, suffering rear right damage.

The matter was investigated by the stewards but unlike in Russia where Raikkonen was hit with a penalty, Sunday's collision was deemed it a racing incident.

"What are you trying to find, somebody to blame? It doesn't help anybody.

"We have different stewards at each race, and if you ask 10 people they will see it in a different way.

"Maybe he feels better now with what happened in Russia.

"I have nothing against anybody. This is racing, and if he has a better feeling now it's good for him.

"Things have a certain way of working out in the long run."

The Ferrari driver does however believe that Bottas could have avoided the contact by riding the kerbs.

He added: "I don't think it helps or changes anything [to discuss the clash].

"There was not much room, but if you go over the kerb on the inside [where Bottas was] then there is enough room.

"It was tight, but if you ask him, I'm sure he's going to blame me.

"Obviously it was quite slippery there so he locked the front wheel.

"I had to turn in at some point – I cannot just go straight."