Home Uncategorized Kimi not sure what happened 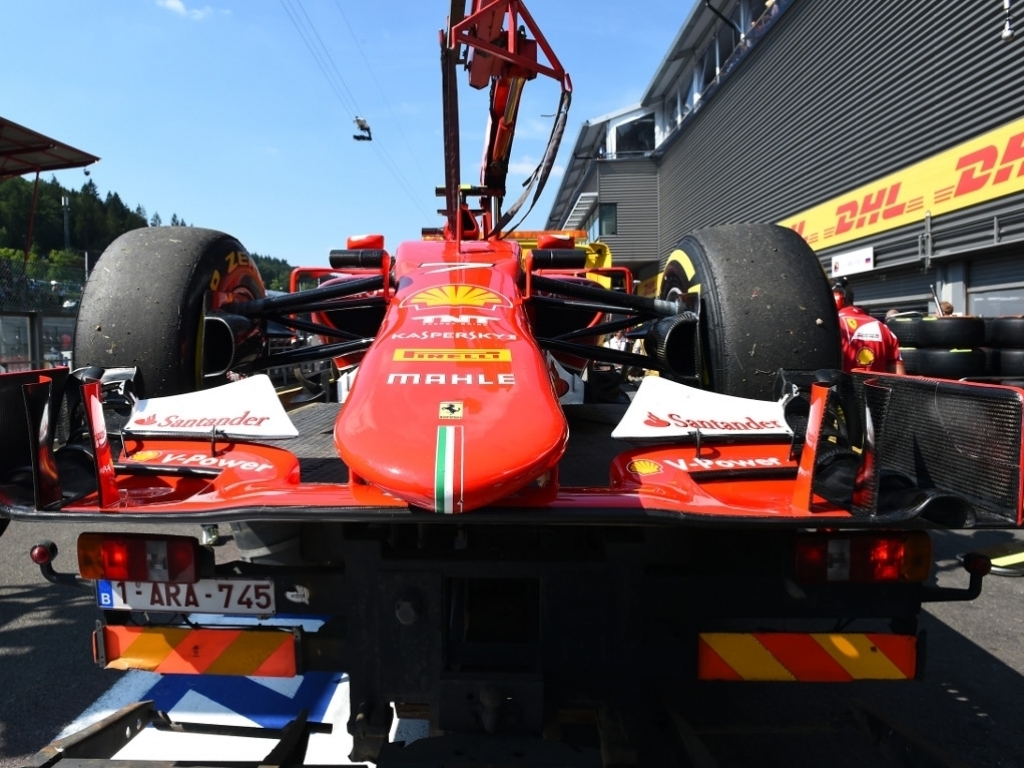 Kimi Raikkonen admits Ferrari are yet to get to the bottom of his car woes during qualifying for the Belgian GP.

Having impressed at Hungary last time out, Ferrari were expected to be right up there again at Spa this weekend and the early signs suggested they would once again be in the mix.

However, Raikkonen was hit by some bad luck in Q2 as he suffered a sudden loss of power out on track with the Finn telling the team that "something broke". It was later added that there was an oil pressure drop on his SF15-T.

Ferrari, though, are yet to fully understand what caused the problem.

"I don’t know exactly what happened, I lost some drive and had to stop," he said. "It’s too early to say what the problem was, we have to wait to know more about the issue.

"Our car has been handling pretty nice all weekend, unfortunately the issue has come at the bad time, my position could have been a bit better. Yesterday we had been trying few different things and I think we had made the right choices for today.

"Obviously we know we have to improve in all areas. My starting position will make my race very tricky but I hope that the race condition will turn in our favour. It’s important to go through the first corner: even if it won’t be easy to get past Mercedes-engined cars, we’ll keep fighting and doing our best."