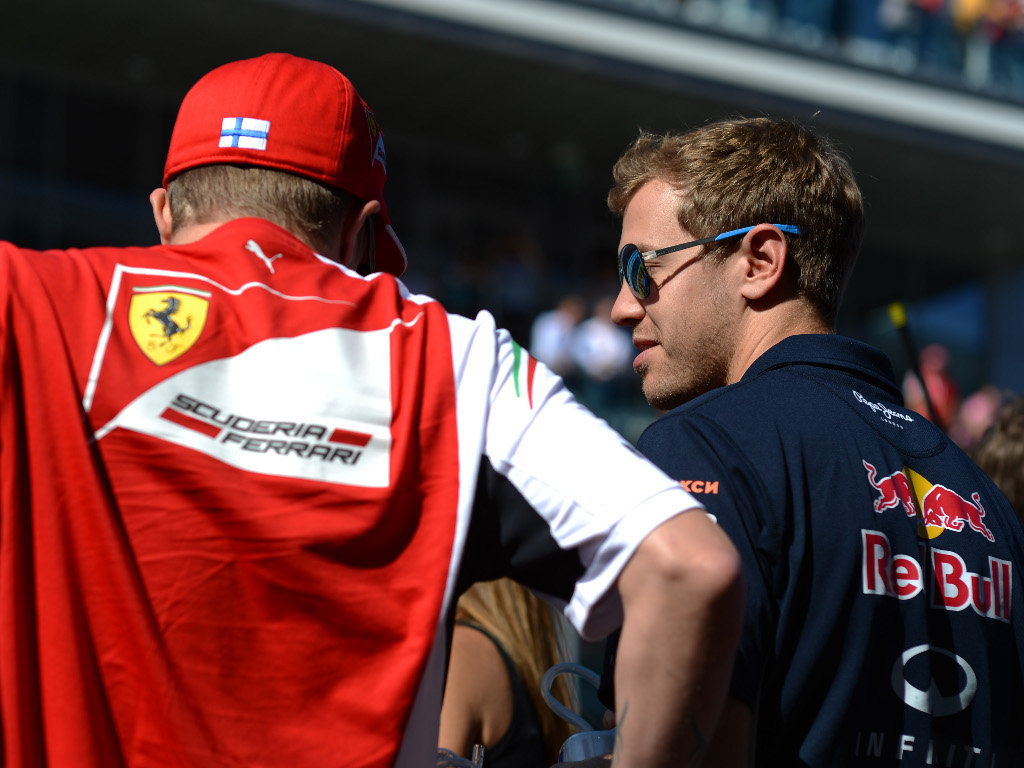 Having spent a day in the same garage as new team-mate Sebastian Vettel, Kimi Raikkonen has hailed the German’s approach to his work.

Still under contract with Red Bull Racing, Vettel was not permitted to take part in the post-season test at the Yas Marina circuit.

That, though, didn’t stop him from visiting with his new team.

Vettel spent part of Tuesday in the Ferrari garage, getting to know the team while 2015 team-mate Raikkonen put in the laps out on track.

“It was nice that he joined us in the garage for the first day of testing,” said Raikkonen, “although I have to say that didn’t surprise me, because I know what he’s like and his approach to work.

“I think we can enjoy ourselves on track together, both of us fighting to be ahead of the other, while also working as a team to reach the common target of progressing in order to get the Scuderia back to the level it should be at.”

As for the test, Raikkonen ran several new components for next season which he hopes will play a role in helping Ferrari claw back some ground against the front-running Mercedes team.

“The components we tested in Abu Dhabi have produced a lot of useful data, which can now be analaysed along with that from Sunday’s grand prix.

“The team’s priorities are clear and we are well aware what are the areas that did not match up to our expectations. I am sure that thanks to the knowledge we acquired over the course of the season, we will be able to develop a more competitive car.

“Clearly, how much progress we make depends on the time available and the possibilities presented by the regulations, which for the moment, impose certain limits for everyone, but I have every confidence in the ability of the team.”