Home Uncategorized Kimi: Nothing to jump around about 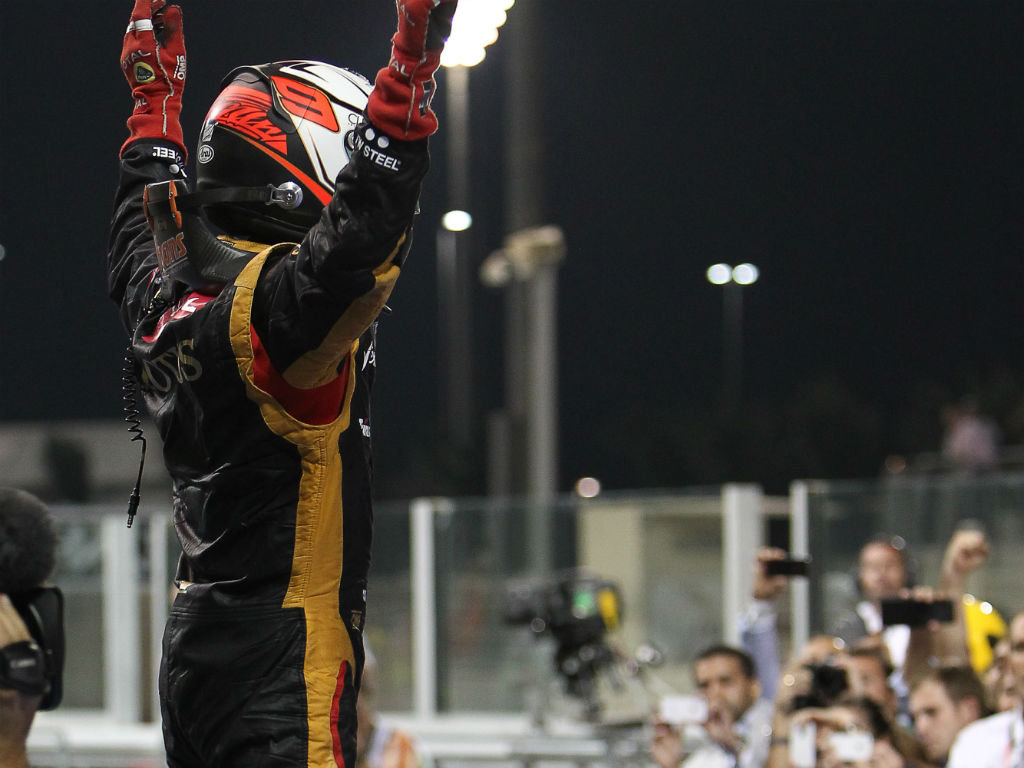 The unflappable Kimi Raikkonen lived up to his billing as he called his first comeback win “nothing to jump around about” after taking the chequered flag in Abu Dhabi.

Raikkonen had a Sunday afternoon to remember as he inherited the lead at the Yas Marina when Lewis Hamilton’s McLaren expired.

Gifted a few words of advice, the Finn told his team “leave me alone I know what I’m doing.” And he sure did.

The 2007 World Champion pulled away from the chasing pack only to lose his lead when the Safety Car came out on lap 39.

But once again the unflappable Finn kept his head about him to again etch out a lead and take his first race victory since Spa 2009.

Asked about his emotions in the wake of the win, the Lotus driver said: “Not much really.

Pushed to say something, Raikkonen said how “last time you guys were giving me sh*t because I didn’t smile enough but I’m happy for the team.

“It’s been a hard season and not easy times lately.

“Hopefully this will give everyone belief and turn the tables so we can win more races, if not this year then next year.”

The victory, Raikkonen’s first of the season, ensured he held onto third in the Drivers’ Championship but with only 50 points still in play he cannot win the crown.

“I was really hoping to win before. I’m happy but there’s nothing to jump around about. We’ll try to do the same again.

“We’ll have a good party and tomorrow when we’re feeling bad after a long night we’ll remember why we feel like that but I’m just happy for everyone in the team.”