Home Uncategorized Kimi: P2 was not what we wanted 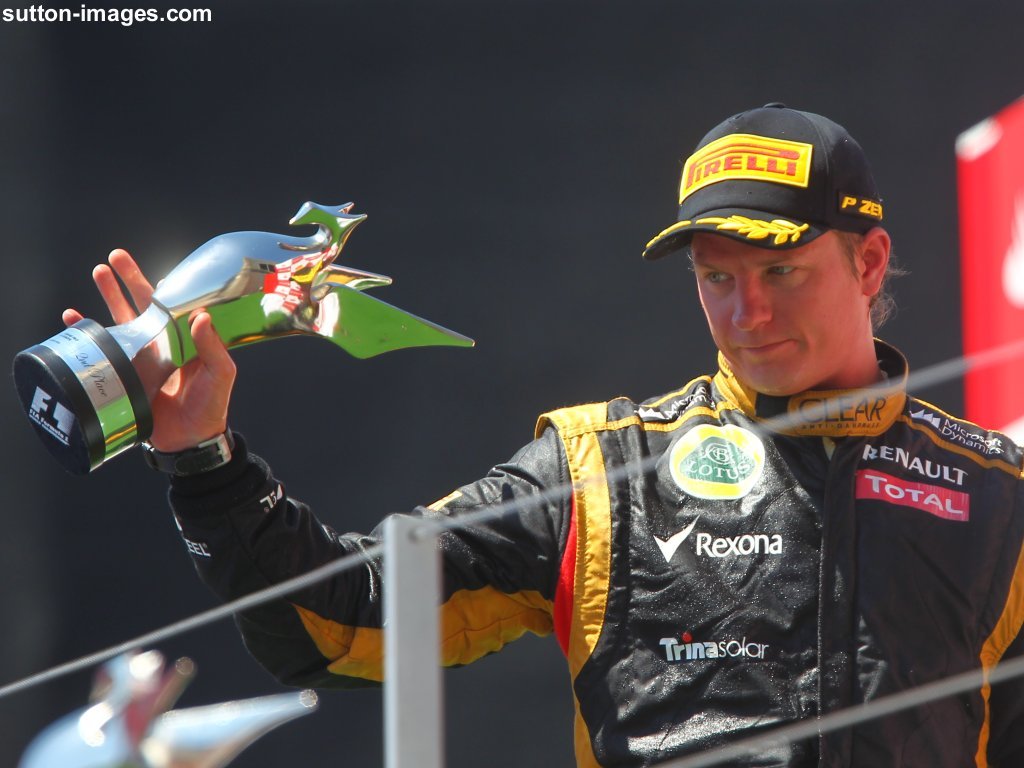 Kimi Raikkonen admits Lotus were targeting victory at the European GP, but concedes he never had the speed to challenge for P1…

Kimi Raikkonen admits Lotus were targeting victory at the European GP, but concedes he never had the speed to challenge for P1.

After starting P5 on the grid, the Finn finished second behind Fernando Alonso in Valencia to claim his third podium position since returning to Formula One at the start of this season.

It was an action-packed race for Raikkonen as he slipped to P7 after a poor start but then more than made up for it as he moved to P3 during the latter stages of the race.

After being stuck behind Lewis Hamilton for several laps, he finally managed to get ahead of the McLaren driver on lap 55.

Despite finishing P2, Raikkonen says they were eyeing the race win.

“I think everybody had old tyres by the end, but I had enough tyres to get past Hamilton – but I didn’t have the speed today to challenge for the win,” he said.

“I made a good start but I was blocked by [Pastor] Maldonado so I was a bit behind, but made a good recovery from that position had some hard fighting and overtaking. But second place was not what we wanted.”