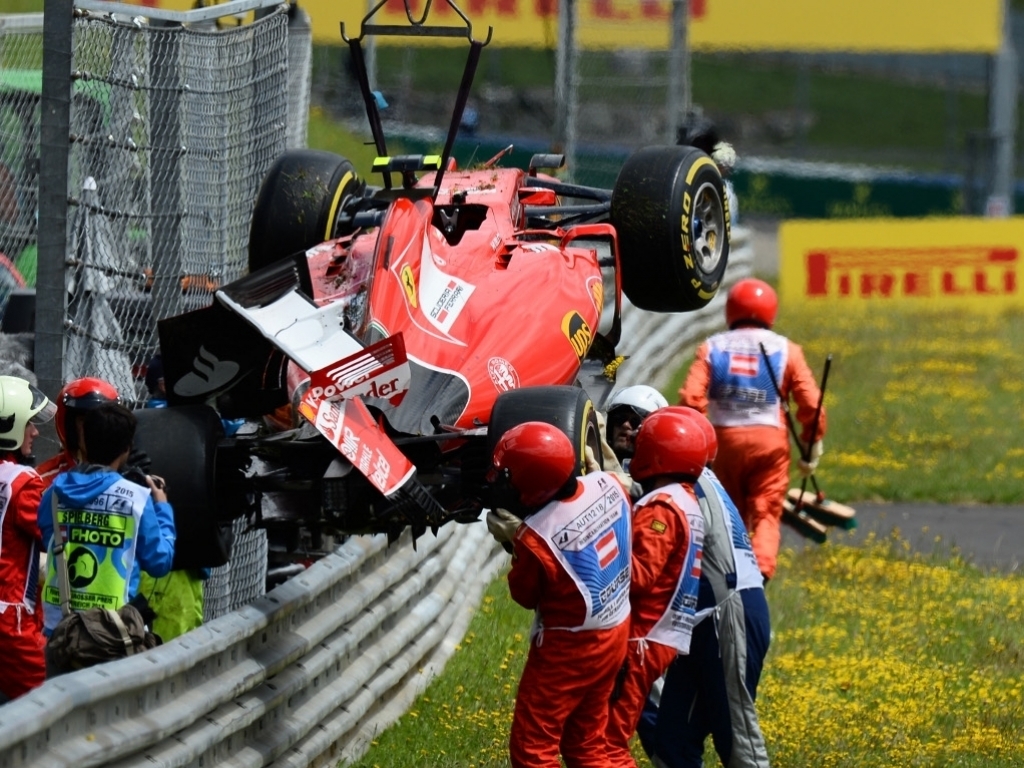 Kimi Raikkonen was left scratching his head after his peculiar accident at the Austrian GP saw him take out Fernando Alonso.

It initially looked like Raikkonen was tagged from behind at Turn 2, which resulted in him losing control of the car and smashing into the barriers. Unfortunately for Alonso he was in the way and the Spaniard ended up on top of the Ferrari.

The incident was investigated by the stewards after the race, but they decided not to take any action.

Alonso called it a "very strange incident" adding that the Finn "exited Turn 2 with a lot of wheelspin so the car was moving" and he "lost the car in fifth gear or something like that".

Having met with the stewards, Raikkonen gave his version of the events.

"They just wanted to understand what happened," he said.

"It was a really odd place, quite far away from the corner. Whether it was my fault or not it was the same end result.

"I got some wheelspin and suddenly moved left. I don't know exactly what caused it."