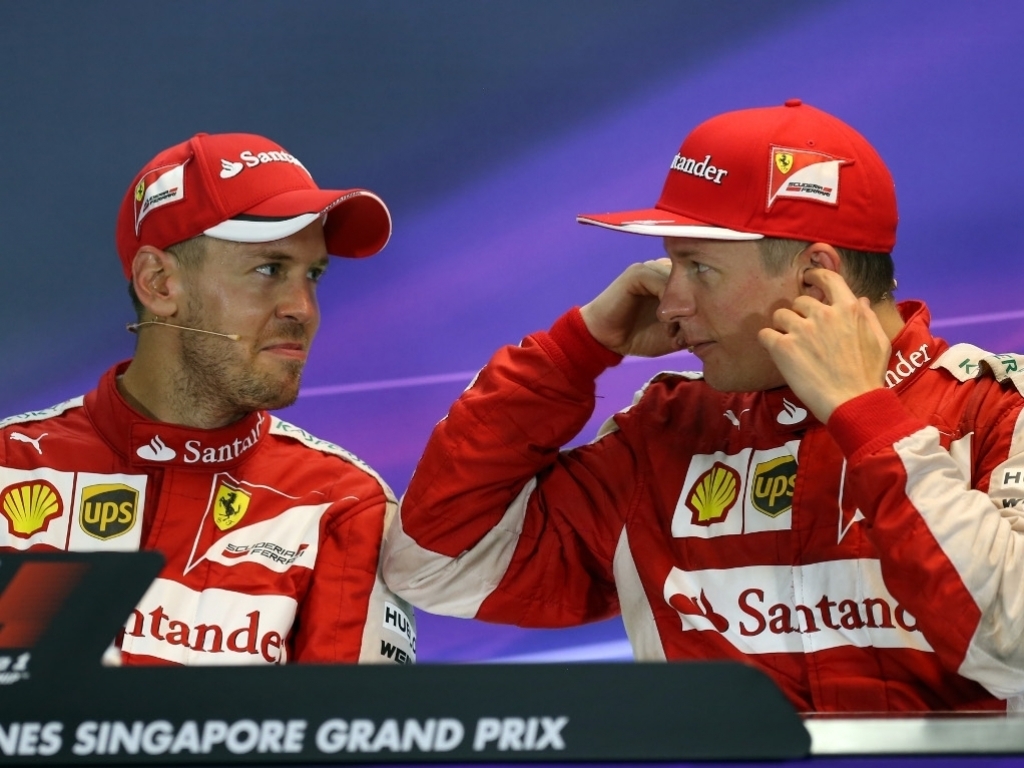 Kimi Raikkonen has little to complain about after a bad few days at the office resulted in a third place in the Singapore Grand Prix.

The Ferrari driver started Sunday's 61-lap race at the Marina Bay circuit third on the grid.

Although unable to attack those ahead, Sebastian Vettel and Daniel Ricciardo, he was able to maintain that position through to the chequered flag.

His P3 on the night coupled with Vettel's victory meant for the first time this season Ferrari put both cars on the podium.

Asked if the team's first double podium of the season was a sign of things to come, he said: "Obviously we hope that."

As for his race, Raikkonen says his P3, which was only his second podium result of this season, came on the back of a bad few days.

"Friday was fine for me but yesterday we struggled for whatever reason so I didn't expect much better today," he revealed.

"So I was a bit surprised to finish third yesterday with how the car felt and today was a struggle again but obviously we had enough speed to be in third place.

"But I had no chance to do anything about the first two. I followed them in the beginning but my tyres went.

"It wasn't nice to have that kind of difficulty but we still finished third and when you have a bad few days and you finish third it is pretty good and for the team it is nice."