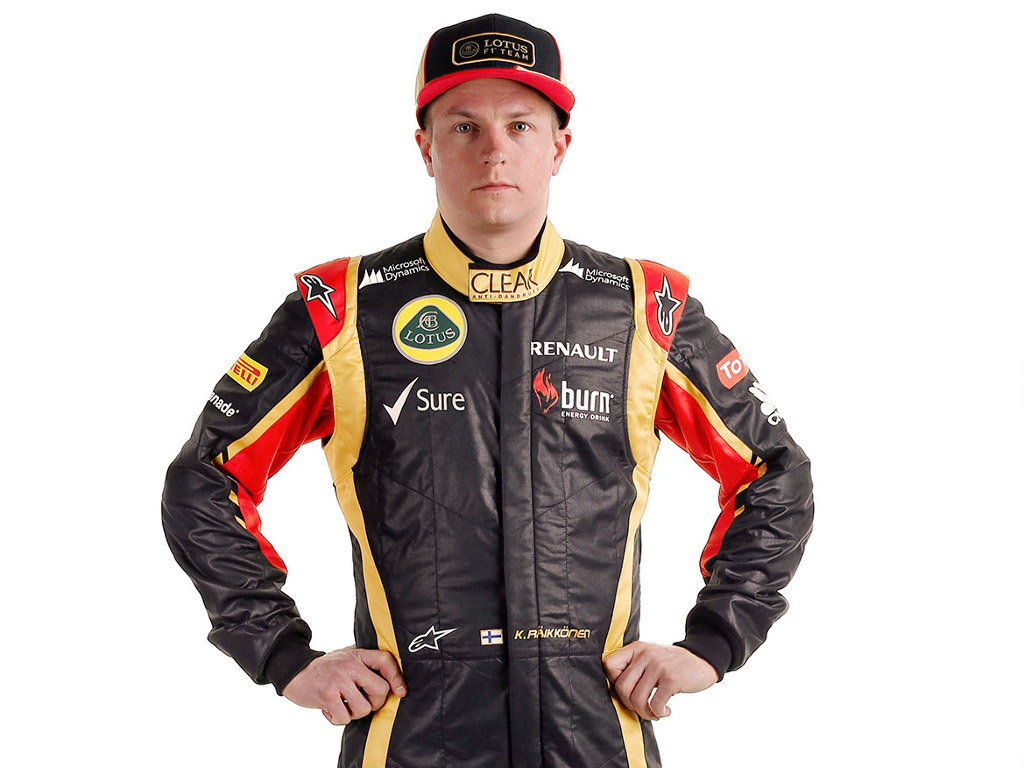 The Iceman returns but whether he’s returning to melt the opposition or melt himself remains to be seen as everyone knows from his first stint in F1 that Kimi Raikkonen cam blows as cold as he does hot.

The Iceman returns but whether he’s returning to melt the opposition or melt himself remains to be seen as everyone knows from his first stint in F1 that Kimi Raikkonen can blows as cold as he does hot.

It was as long ago as 2000 when Sauber boss Peter Sauber surprised the world of F1 when he announced that he had offered the 21-year-old Finn a race deal for the following season on provision that he was handed the necessary superlicense.

Having competed in just 23 car races, Raikkonen became one of the least experienced drivers ever to enter F1, but immediately delivered impressive testing performances to justify the Swiss team’s faith in him.

Earlier in his career, his international results in karting were the best ever achieved by a Finnish driver, and he went on to further impress by winning the 2000 British Formula Renault Championship after taking seven wins in 10 races.

Although he met with opposition from F1 drivers wary of accepting a driver on the grid with even less experience than Jenson Button the year before him, Raikkonen proved his critics wrong.

His debut season with Sauber was sensational, the apparently ice-cool youngster proving within just a handful of races that he was a special talent.

By the time Mika Hakkinen told Ron Dennis that he was thinking of taking a sabbatical in 2002, the race was on to sign the younger Finn.

McLaren and Ferrari both wanted his services, but Kimi was swayed by the fact that if he drove for Ferrari he’d be a No.2 driver to Schumacher while at McLaren he would be allowed to win.

His 2002 season was also electric, but an underpowered McLaren on less than perfect Michelins meant he was rarely able to challenge for the lead. Although he didn’t outscore his team-mate Coulthard, he regularly outqualified him. It was only due to the team’s very ‘un-McLaren-like’ poor reliability that he didn’t finish any higher than sixth place overall with 24 points.

The low point of his year came when he led the French Grand Prix with two laps left before sliding wide on oil left by Allan McNish’s retiring Toyota. Marshals had failed to put warning oil flags out and the Finn was left with the sight of Michael Schumacher squeezing past him and claiming his fifth world title in the process.

Yet the Finn’s first win wasn’t long in coming.

With McLaren beginning the 2003 season in dominant fashion, Raikkonen took the chequered flag at the Malaysian GP, the second race of the campaign.

A string of podium finishes followed, and at the halfway stage of the campaign Raikkonen was leading the Drivers’ standings.

However, the McLaren was falling behind both the Williams and Ferrari at this stage and it was only Raikkonen’s tenacity and ability to steadily accumulate points which kept him in the hunt.

The Championship fight went to the wire in Japan, but a win for Rubens Barrichello guaranteed another title for Ferrari team-mate Michael Schumacher.

Hopes were high that Kimi could go one better in 2004 but even before the Finn was expressing concern at the MP4-19. They were well-founded.

The team’s new charger was wretched, ensuring the worst, and most embarrassing, start to a season. Eventually the team unveiled a replacement, yet it was too late to save their season.

Still, the MP4-19B did restore some pride within the team and also enabled Kimi to score his second grand prix victory, a stunning drive at the Belgian GP which left Schumi trailing in his wake.

2005 was a bitter-sweet season for Kimi during which he experienced the highest highs and the lowest lows.

While the Finn had the fastest car on the grid, it was unfortunately powered by a temperamental Mercedes engine. Despite seven grands prix wins and an additional five podium finishes, he eventually had to settle for second place behind Fernando Alonso in the Drivers’ battle.

Remaining with McLaren-Mercedes in 2006, the team had one more season to hand the World title to Kimi. They couldn’t. In fact, they couldn’t even hand him one single race win.

Despite claiming two pole positions and three fastest race lap times, the Finn struggled to get on the podium, claiming just six top-three finishers, none of which was a P1. He finished the year fifth in the Drivers’ Championship, quite a drop from the runner-up spot he claimed the previous year.

Raikkonen, though, came back into form in 2007, his first season with Ferrari, winning the season-opening Australian GP after dominating the earlier sessions.

But his form spluttered soon after as he battled with reliability gremlins and the occasional driver error. He fought back in style at the French GP where he claimed his second win of the season which he followed up with win number three in Britain.

However, a retirement in Germany seemed to throw his out of the Championship, leaving him in a fight to catch up to the two McLaren drivers in the latter part of the season. A string of six podium finishes including two race wins meant Raikkonen entered the final grand prix of the year trailing Championship leader Lewis Hamilton by seven points.

The Ferrari driver, though, surprised many when he managed to pull it off claiming the race victory and the 2007 Drivers’ Championship title by one point over the McLaren duo.

It was a feat that saw Raikkonen go down in the history books as one of four drivers to come from third place ahead of the final event to win the World title.

The Finn, though, failed to bag a second title in 2008 when he struggled for pace – and perhaps a lack of motivation when he found himself too far down the order.

Two wins the opening four races saw Raikkonen firmly in the hunt for the crown, however, little was he to know that his victory in Spain would be his final one of the season.

He battled to reach the podium, never mind the top step, and wasn’t helped by other people’s mistakes including Lewis Hamilton crashing into him in the pit lane at the Canadian GP. Nonetheless, the general impression was that Raikkonen’s driving lacked the spark of 2007 and he eventually finished a disappointing campaign down in third place.

Raikkonen, whose Ferrari contract was extended to the end of 2010, vowed to come back stronger in 2009. That, though, did not prove to be the case because instead of flair, he faltered.

The Finn appeared to lack the motivation, drive and determination to pull Ferrari out of their slump. This was probably best noted at the Malaysian GP when, red flagged because of heavy downpour, Raikkonen’s rivals waited on the grid for the race to restart. The Finn, though, sat in his garage in dry clothes eating an ice cream.

In a lacklustre season, he claimed just one race victory, Belgium, and four additional podium finishes. But it still came