Home Uncategorized Kimi: We had the speed for a podium 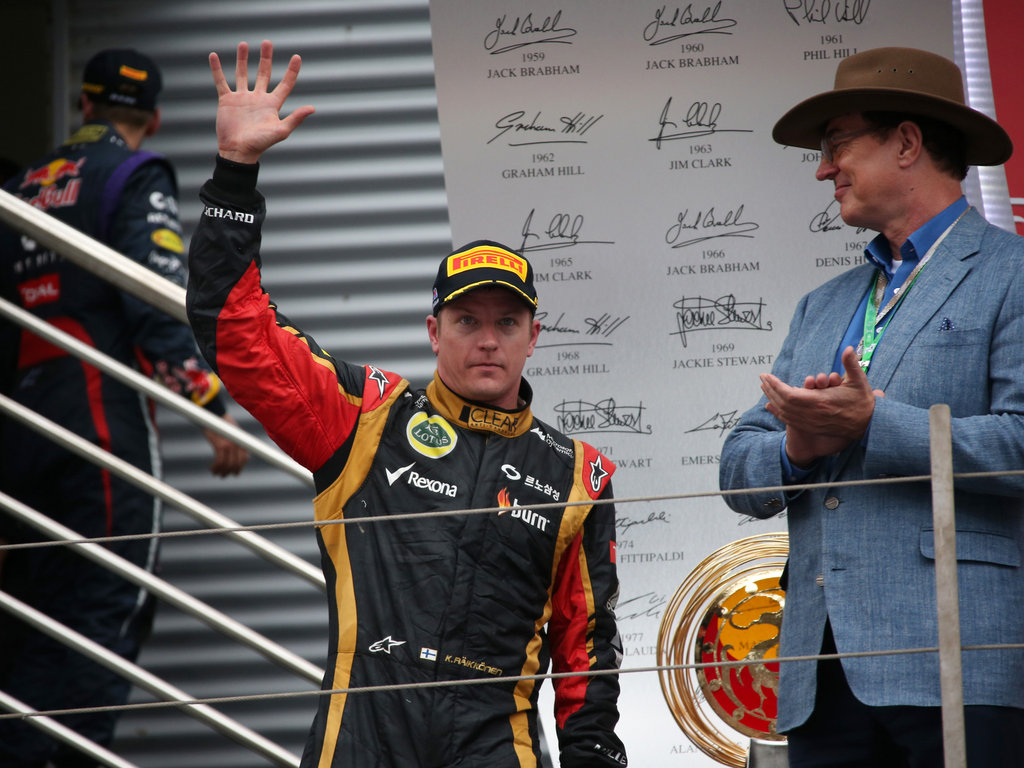 Kimi Raikkonen believes he would have finished on the podium in Korea even if the race was not affected by two Safety Cars.

While race winner Sebastian Vettel won without much effort, the rest of the positions were up for grabs and Raikkonen eventually claimed P2 with his Lotus team-mate Romain Grosjean third.

Although it seemed like the two Lotus cars were given a helping hand by the deployment of the two Safety Cars shortly after each other, Raikkonen feels he had enough pace to get there on his own.

“It was okay,” said the Finn. “The car was understeering too much and I had to try to look after front tyres. We had traffic around the pit-stops and then decided to stop early for one, which was a good move.

“The Safety Car helped a bit but we had the speed. Without it we could maybe have run until the end and still have been on the podium. It’s good but not ideal.”

Raikkonen passed Grosjean during the latter stages of the race to claim P2 and he admits he knew he made it stick once he got ahead of the Frenchman.

“He moved two times to the left but I got a good run. I heard there were yellows at end of the next straight so I knew he would not pass me then,” he said.