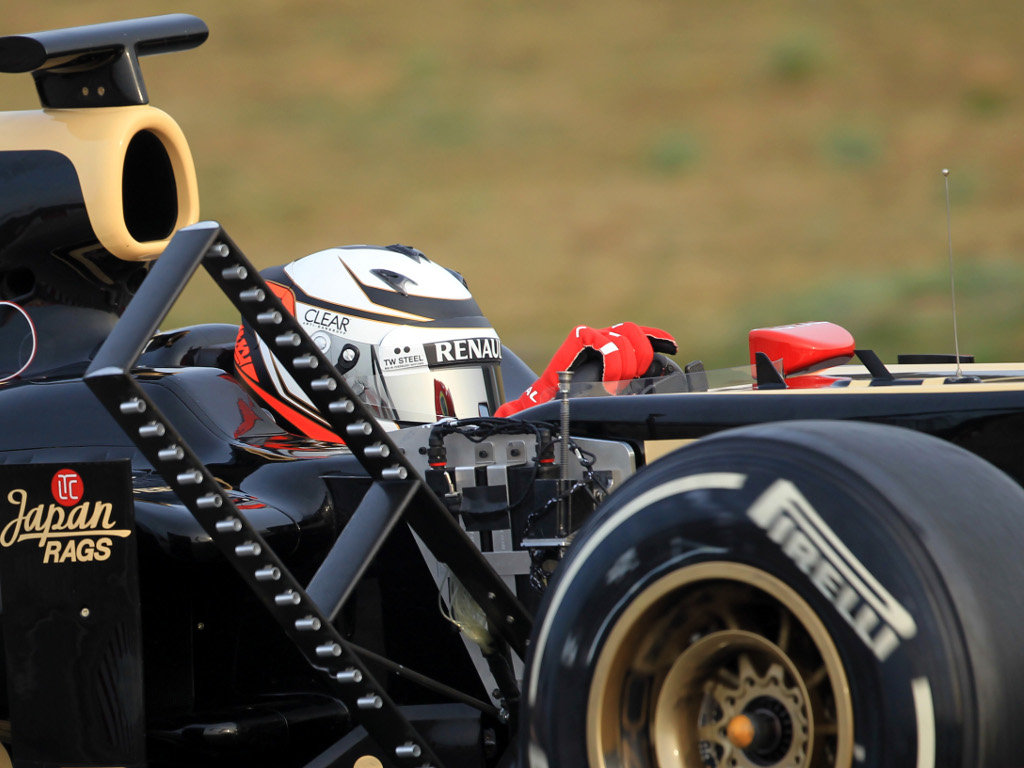 Kimi Raikkonen proved to be the one to beat as the F1 drivers present at Barcelona engaged in a qualifying style battle.

With the goal for the final day of testing being to learn as much and cover as many laps as possible, most teams opted for short runs in the morning session.

Raikkonen proved to be the quickest over a single flying lap with the Lotus driver clocking a 1:22.030.

It was a much better showing than Saturday when a power steering problem limited the Finn to 43 laps and left him at the very bottom of the timesheets.

Raikkonen’s time put him 0.220s seconds up on Fernando Alonso while Bruno Senna was third, a further 0.046s off the pace.

A late charge in the final few minutes before lunch saw Nico Hulkenberg move up to fourth place ahead of Kamui Kobayashi and Lewis Hamilton.

The trio, though, were only fourth-tenths adrift of Raikkonen’s time in what turned out to be a qualifying battle on a mix of soft and super soft tyres. Raikkonen’s P1 time was set on the softs as was Alonso’s while Senna reportedly used the super softs.

Vitaly Petrov, driving the Caterham CT01 on the final day of testing, demonstrated his team’s apparent step forward as he claimed seventh place ahead of Michael Schumacher. The duo were both within a second of the P1 time.

Daniel Ricciardo slipped to ninth in the final hour while Sebastian Vettel finished last after he was kept to just 15 laps.

The Red Bull racer, using the team’s revised RB8, was forced into the pits when a piece of his front wing fell off of the start/finish straight.

Team boss Christian Horner told Sky Sports/I> that it was a “little problem” and was not caused by a component failure but rather by Vettel running off the track.