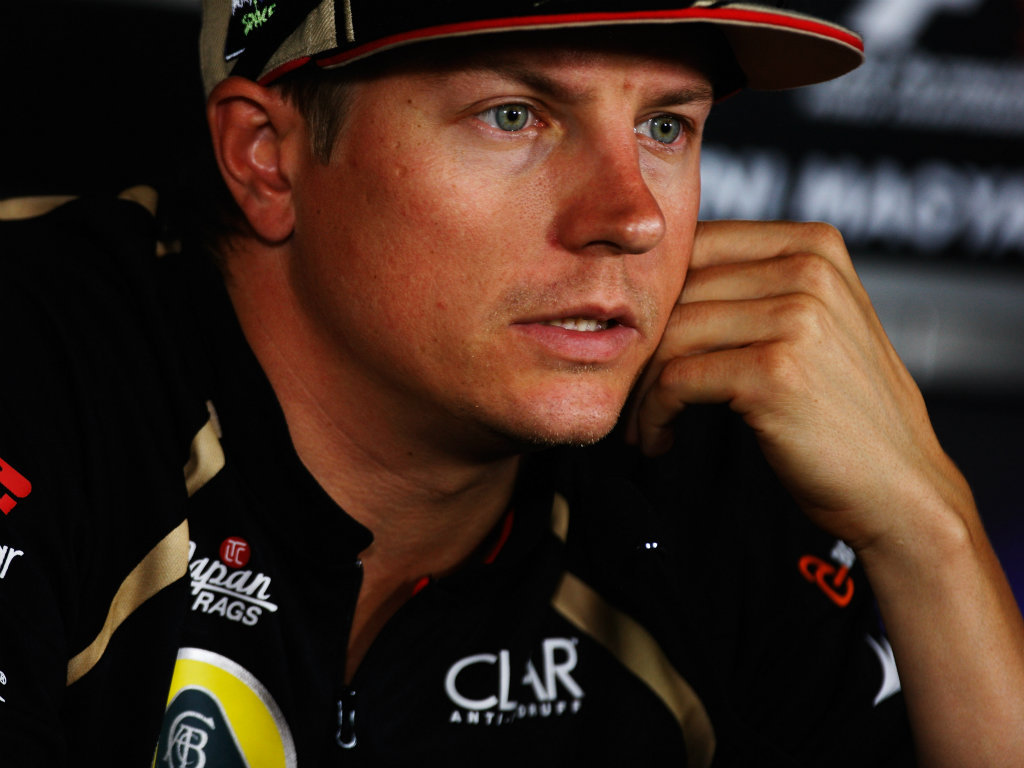 Kimi Raikkonen may have signed a new contract with Lotus, but the Finn admits he could still move somewhere else in future, including Ferrari and McLaren…

Kimi Raikkonen may have signed a new contract with Lotus, but the Finn admits he could still move somewhere else in future, including Ferrari and McLaren.

Although he has failed to win a race so far this year, the 33-year’s comeback season has been a success as he found himself on the podium on numerous occasions while he still has a mathematical chance of winning the title with three grands prix still to go.

With the partnership working so well this campaign, Lotus confirmed on Monday that the F1 veteran had signed a new contract.

The deal, though, is just for one season and Raikkonen, who was briefly linked with moves back to his former teams Ferrari and McLaren a few months back, concedes he could join another team after 2013.

His relationship with Ferrari didn’t end too well with the Maranello outfit buying out his contract to make way for Fernando Alonso, but the Finn doesn’t hold a grudge against his former employers.

“Ferrari could have ended in a slightly nicer way but the people I worked with who are still there, I had a very good relationship with them and go and talk to them still,” he told The Daily Telegraph.

“You know, it’s not like I had some fight against somebody. I’m okay with everybody it’s just that things could have ended in a nicer way. But it doesn’t mean that I couldn’t go back there. You never know. I don’t know how long I will be driving for. Maybe I don’t drive for many more years.”

Before he drove for Ferrari, Raikkonen found himself working under Ron Dennis at McLaren and there were reports of run-ins with the then team principal, but again the Finn is quick to point out that their working relationship is just fine.

“For sure you have a different view of many things but we still talk to each other,” he said. “I have never had a fight with him. There is nothing wrong with our relationship.

“People just try to make s**t stories. They don’t know at all what is going wrong in the real world. It is like you tell something to one guy and by the 10th person the story is completely different. I have no issues with anybody.”