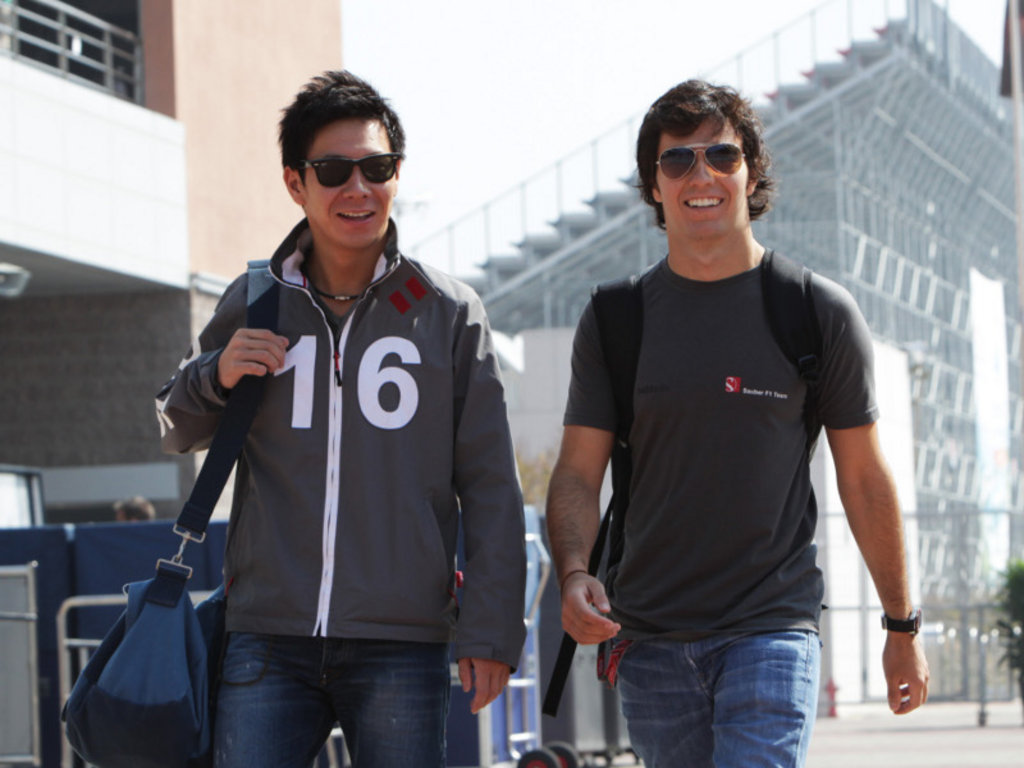 Kamui Kobayashi believes that a season spent as team leader so early in his career will make him a better driver.

Having made his Formula One debut with Toyota in 2009 in two GPs as a replacement for the injured Timo Glock, Kobayashi then enjoyed a full season with Sauber in 2010.

With his 2010 team-mates, Nick Heidfeld and Pedro de la Rosa, no longer possessing race-seats with the team and replaced by rookie Sergio Perez, Kobayashi was forced into a leadership role earlier than many would be.

The Japanese driver admits that it was a steep learning curve but one that will aid him going forward.

“Certainly it wasn’t easy for me,” he conceded.

“I needed to improve a lot in various areas. Not only in driving, but also in making decisions with the engineers.

“The fact that we had to deal with the new tyres from Pirelli, which were different in character compared to what we had before, was challenging for me. It was important to find out what was best for the race and how to handle qualifying. There was a big difference in performance between Saturday and Sunday.

“I think I came to understand many things during this season, and I have got a clearer picture for next year.”

The 25-year-old enjoyed a promising start to the season, securing six top ten positions in the opening seven races, including a fifth place in Monaco.

However, the second half of the season was far less productive for the Sauber driver, scoring just five points in the final 12 grand prix.

The 25-year-old reveals that the reason for the downward turn in performances was as a result of a failure to develop their blown diffuser.

“We had a promising winter testing and a strong start to the season. In the beginning we had every reason to be happy with our performance,” he explained.

“Later, I would say from the British Grand Prix onwards, which was the ninth out of 19 races, we struggled due to the decisions made about the rules and our own technical development.

“We didn’t follow the direction of the ‘off throttle exhaust blown diffuser’ any further. Instead we worked hard on the direction of development we had decided to go in, but we could not make up for the disadvantage that came from not having the same technology as the other teams.

“I can be happy that I still scored points in the final two races. This was a good achievement under the circumstances.”