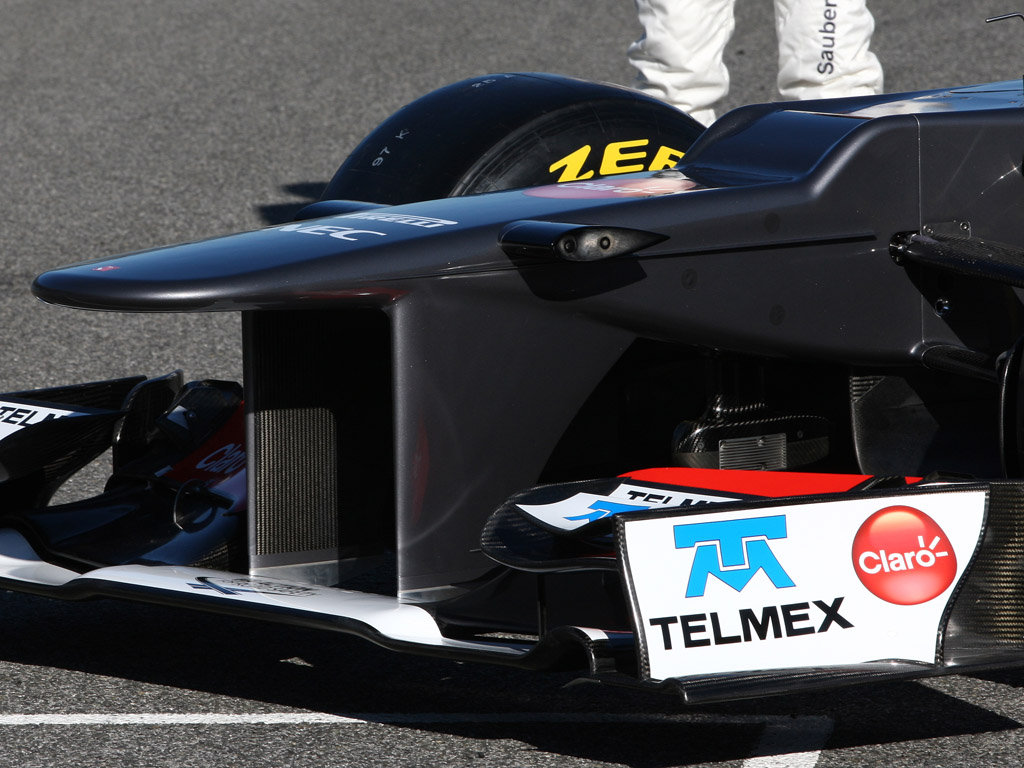 Kamui Kobayashi reckons the new stepped nose design that has been featured so prominently on his Sauber C31 is not ugly, it’s just new…

Kamui Kobayashi reckons the new stepped nose design that has been featured so prominently on his Sauber C31 is not ugly, it’s just new.

Sauber unveiled their C31 in the Jerez pitlane on Monday morning and the look of the car with its stepped nose and black-and-white livery, which highlights the step, was not a hit with those present.

Asked about the ‘ugly’ design, Kobayashi responded: “You think it’s ugly? If everybody has the same style of car then it’s not ugly. Only the McLaren is different, so we will see.

“Yes, it looks in the beginning a bit ugly, but a couple of years ago we went with a high wing and everybody said that car was ugly.

“Now everybody is used to it, so in a couple of months I’m sure we won’t have these comments any more.”

Ugly or not, the Japanese racer is hoping that this is the car that carries him to regular top-ten finishes throughout the season.

“2012 will be not only my third season in Formula One, but also my third with the same team,” he said. “We’ve been through a lot together and can benefit from our shared experiences.

“In my first year with the team we had a bad start but a good second half to the season. The second year was the exact reverse.

“In our third year together we should be a reliable bet to finish consistently in the points. I’m really looking forward to the new season with the Sauber F1 Team.”

As for his team-mate, Sergio Perez, who is entering his second season in the sport, the 22-year-old is looking to build on his impressive rookie season.

“My first year in Formula One felt like three years, there were so many new things to take in,” said the Mexican driver.

“But now I feel like I’ve arrived in Formula One and I’m determined to take a step up in 2012 and achieve better results for the team on a regular basis.”