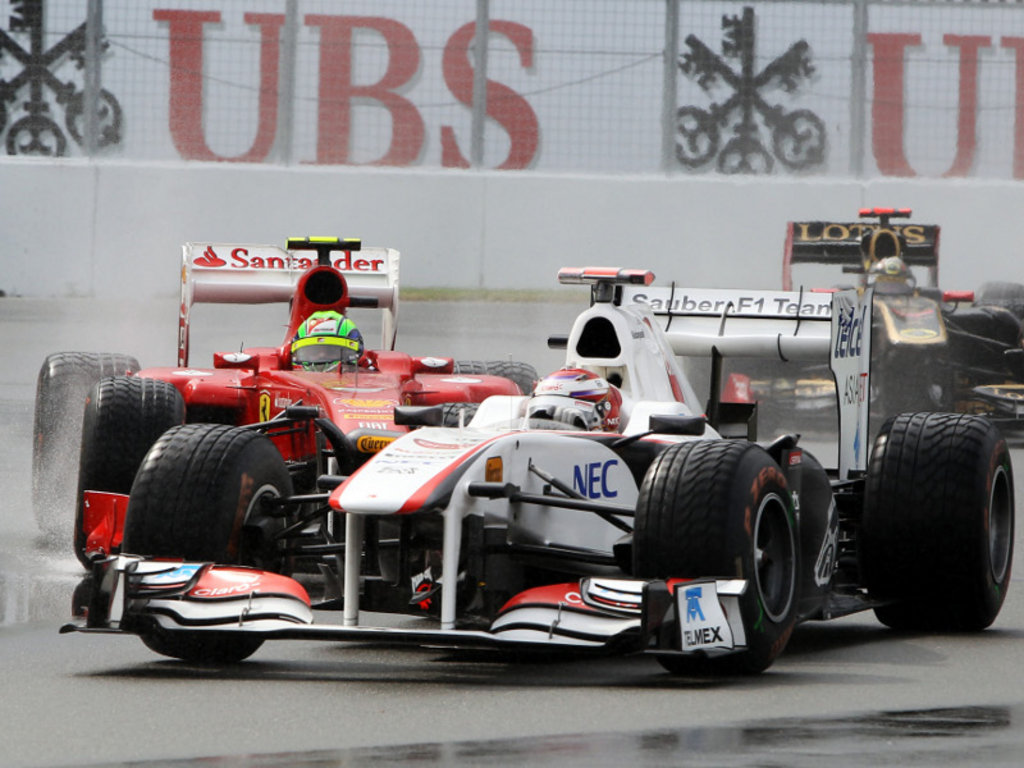 Kamui Kobayashi may have finished in the points in Canada, however, the Sauber driver says he was disappointed with his result…

Kamui Kobayashi may have finished in the points in Canada, however, the Sauber driver says he was disappointed with his result.

At the end of the 70-lap wet and chaotic Canadian GP, which lasted over four hours as the race was red-flagged for two in light of the pouring rain, Kobayashi was sitting in seventh place.

However, the Japanese driver had been running as high as second, doing an admirable job at the restart after the rain break to hold Felipe Massa at bay for over 20 laps.

But once Massa got by, others followed suit and Kobayashi dropped down the order before once again finding himself in front of Massa, who had pitted for repairs after damaging his nose.

The duo were fighting for sixth place on the final lap but given that Massa was behind the Sauber driver, he was able to use his DRS and powered by to take the position.

“We have scored points and in the end this is most important,” Kobayashi said.

“We have proved we are good in the wet, but when the track became dry my pace wasn’t good enough to defend my position.

“Originally I qualified 13th so then it is not bad to finish seventh, but on the other hand I started second after the long red flag and looking from there the result is disappointing.

“I really tried to bring the car home in a better position, but it didn’t work out.”

After Canada, Kobayashi is 11th in the Drivers’ Championship on 25 points.