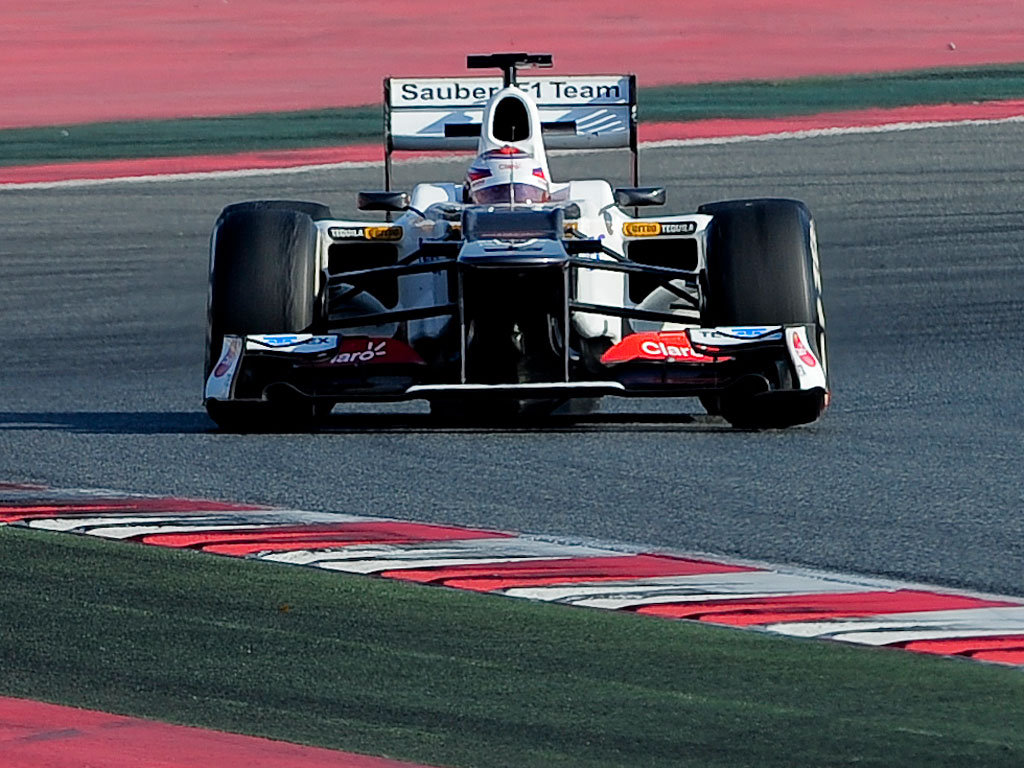 Kamui Kobayashi says he’s happy with his showing in Barcelona while Sauber revealed his P1 time was set during a qualifying run.

Kobayashi came to the fore on the final day at the Spanish circuit, posting a 1:22.312 during the morning session.

His time not only proved to be the best of the day but also the week, eclipsing the previous best by 0.079s.

Sauber, though, did confirm that the 25-year-old’s P1 time had been set during a qualifying-style run.

“Qualifying was actually a weakness of ours in the last two seasons and we have to resolve this. This obviously requires proper practice.”

But qualifying run or not, Kobayashi still finished the test confident that his team are heading in the right direction with their C31.

“I’m quite happy. We achieved a very good mileage,” he said.

“The set up changes we did in the morning meant an improvement in lap times, which, of course, is very positive.

“There is still a lot of work to do in terms of understanding the car and the different tyre compounds at different fuel levels, but we are working in the right direction.