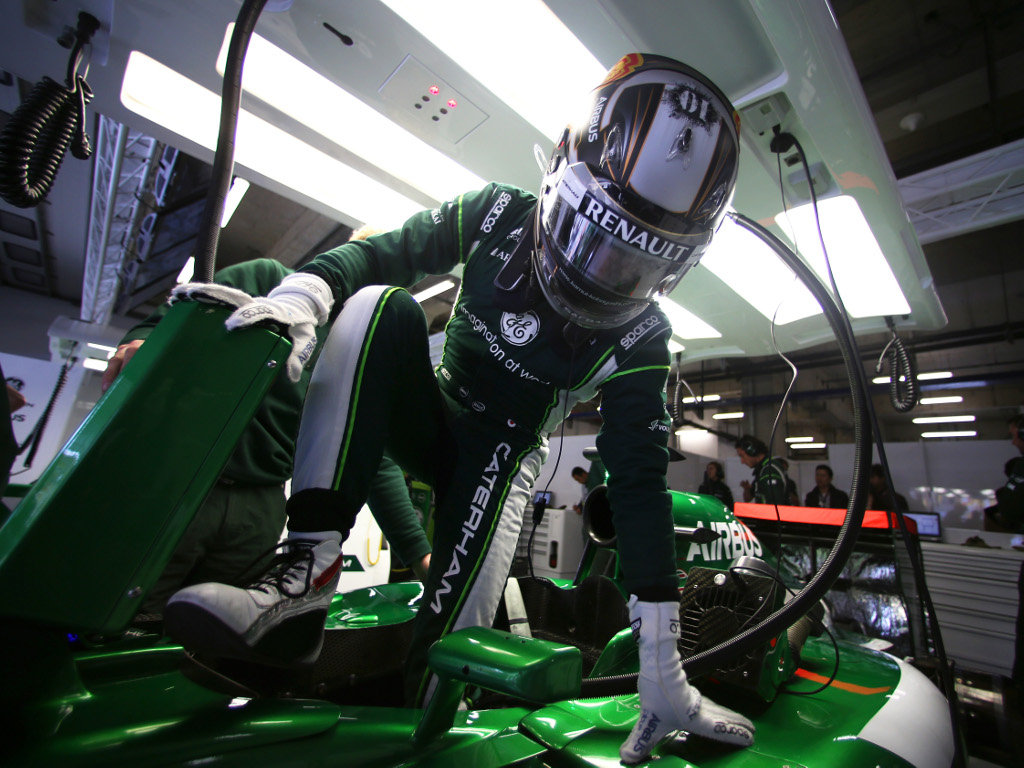 Kamui Kobayashi will return to the Caterham cockpit for this weekend’s Italian Grand Prix after missing out to Andre Lotterer last time out.

The Leafield-based squad raised a few eyebrows a fortnight ago when they handed three-time Le Mans winner Lotterer a drive for the whole weekend despite the German having very limited F1 experience.

Although Lotterer admitted his drive was a one-off, there were reports doing the rounds that Spaniard Roberto Merhi, who is currently competing in the Formula Renault 3.5 Series, is set to fork out 300,000 euros to race at Monza.

However, the team have confirmed that Kobayashi will race.

“I am working for Caterham F1 Team and I always respect team decisions,” Kobayashi said. “Now I am back in the car and looking forward to going racing again! We have worked hard as a team and added performance to the car as well as bringing new updates since I last drove in Hungary before the summer break, so I’m looking forward to feeling the updates on track here in Monza.

“I always enjoy the Italian GP, not only because of its high-speed nature; I also like the Italian fans, they are always very enthusiastic and a very big part of the Italian GP weekend. They create a very special atmosphere.”

Merhi, though, will get his chance in an F1 car as he will take part in FP1 on Friday in place of Kobayashi.

“I am delighted to be taking part in my first ever Formula 1 Free Practice session and I want to thank Caterham F1 Team for this opportunity – it’s something I’ve wanted for a very long time!” he said.

“I’ve been working very closely with the team during the last few weeks and I feel ready for this opportunity; Friday is going to be a very special day for me and one I will never forget.”