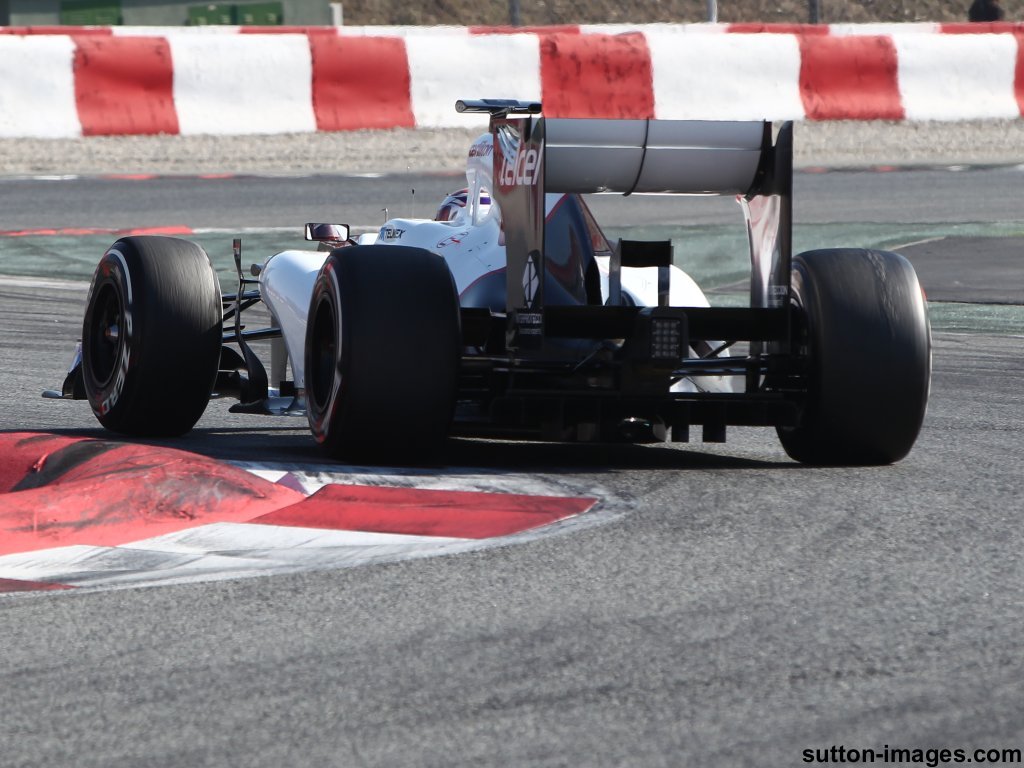 Sauber enjoyed their moment in the sun on Friday as Kamui Kobayashi posted the fastest time in the morning session at the Circuit de Catalunya.

Sauber enjoyed their moment in the sun on Friday as Kamui Kobayashi posted the fastest time in the morning session at the Circuit de Catalunya.

After Force India’s Nico Hulkenberg took the honours on day two and Pastor Maldonado claimed P1 on day three, it was Kobayashi’s turn to hit the front on the final day of the second pre-season test in Barcelona.

Sauber started the day by doing “some aerodynamic comparison runs”, but the Japanese driver found some great pace later in the session and posted a 1:22.312, which was the best time of the week as it just eclipsed Maldonado’s 1:22.391 effort from Thursday.

Kobayashi did his fastest lap on the Pirellis super soft compound.

Williams driver Maldonado proved his time from the previous day was no fluke and threatened the Sauber driver’s effort quite often but his best effort proved to be 0.249 slower than that of Kobayashi.

Paul di Resta was fourth fastest, but it was stop-start morning for the Force India driver as he spent time in the garage after he hit the gravel after losing the rear of his VJM05.

Felipe Massa, who feels Ferrari have made progress in Barcelona after struggling in Jerez a fortnight ago, posted a 1:23.563, which was the fifth-best effort, while Mark Webber was sixth fastest.

Nico Rosberg was down in eighth, but the Mercedes driver was the busiest man on the track having completed 82 laps while Heikki Kovalainen was in ninth.

The Finn did only 16 laps as he the team “found an electrical issue with the engine which requires an engine change” early in the session.

Meanwhile, Marussia’s rookie Charles Pic never made it onto the track in the morning.

“Looks like we’ll be in the garage. Some work being done to the car,” the team said via Twitter.