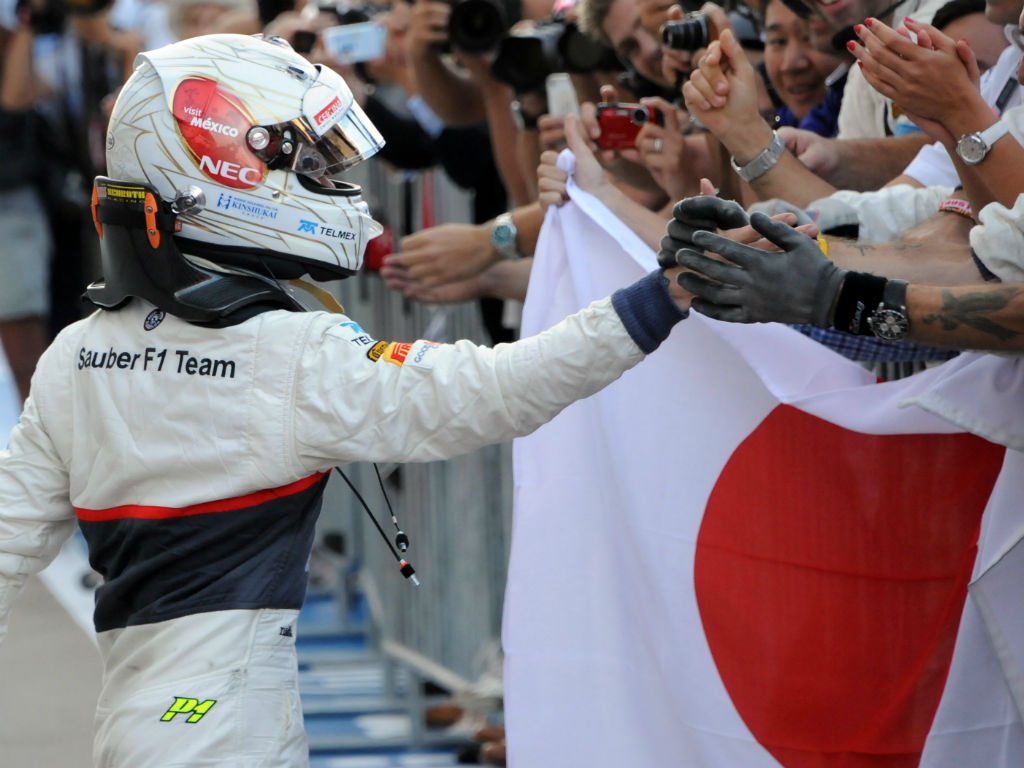 Kamui Kobayashi was confident of a great result at Suzuka as long as he got off to a good start – he did and he finished on the podium.

The Sauber driver, who has yet to secure his Formula One future, started Sunday’s Japanese GP from third on the grid and quickly made his way up to second.

He lost that position to Felipe Massa in the first round of pit stops before coming under pressure from behind from Jenson Button.

However, the 26-year-old kept the McLaren at bay to claim his maiden F1 podium and did so on home soil.

“It was a fantastic race,” said Kobayashi.

“We were really working hard to get a podium and my team-mate has a couple of podiums already.

“I had a couple of chances in qualifying with good grid positions – but I never had luck.

“I’ve struggled on starts – many starts – but this time I think it was good to start in third.

“It was not a front row but the feeling was good because we had a long run on Friday and that was pretty good pace.

“I was confident through the weekend so when I gained position after the start I was pretty sure I could be on the podium.

“Then at some point we struggled a lot to hold Jenson off. The last stint was very tough.”

Kobayashi was greeted on the podium with rousing applause from the Japanese fans who chanted his name as they celebrated with him.

“I think finally finishing in points is fantastic, especially in front of my home grand prix,” the Sauber driver added.

“This is my first podium and it’s amazing. I am happy for the fans and so many people supporting me.

“When you look around circuit, it is amazing. So thank you to the fans and we need to keep going for the future.”

As for his future in Formula One, the Japanese driver admitted he is under pressure.

“Yes of course, sometimes I feel pressure but maybe I need to enjoy more.”