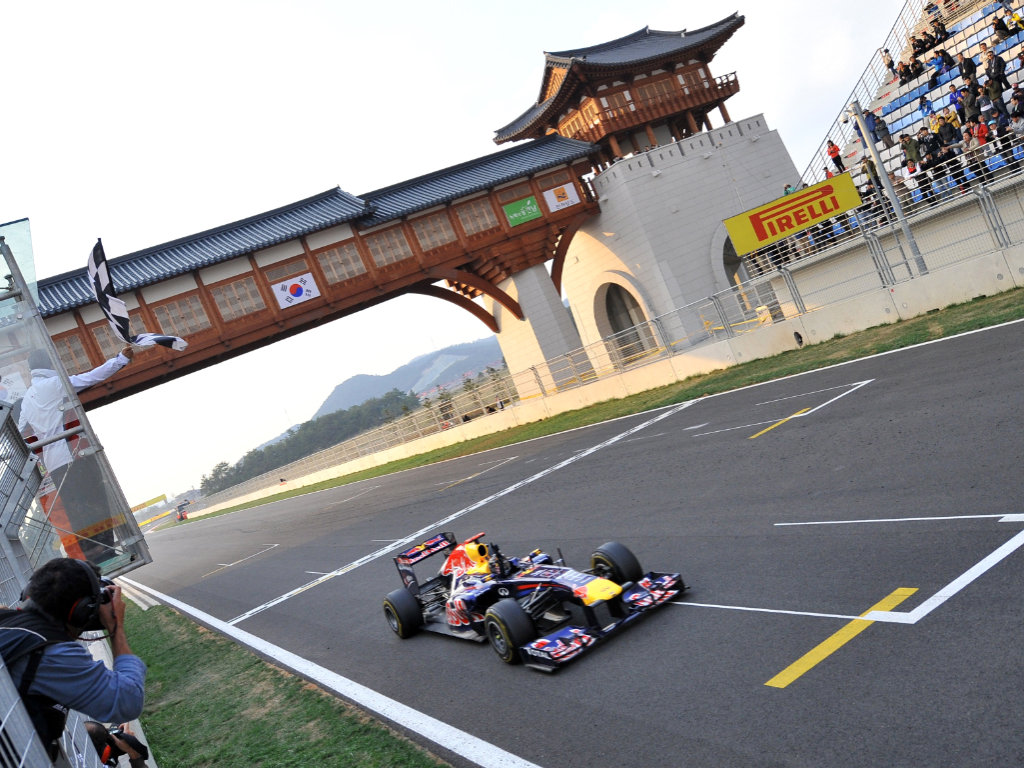 The Korean Grand Prix is very much Gangnam Style.The video that’s been sweeping the word’s music charts – and is officially listed as the Most Watched Clip Ever in YouTube history is about a fat guy trying to be a rapper and acting cool – he’s trying to be Gangnam style (the Beverly Hills of Seoul) but not quite making it.

It’s the same for the Korean GP. They’re trying to put on an international event, but not quite making it. When the F1 circus rolled into town last year they found a circuit whose bins hadn’t been emptied since the first grand prix of 2010. There had been a headlong dash to get the track finished in time for the 2010 event, and then the development work had simply stopped.

(If you weren’t aware of Gangnam style before this weekend gentle reader at least you have time to check out the video, because there will certainly be references to it this weekend.*)

Now considering this is a major car exporting country it’s surprising that the grand prix was left to founder the way it was. It will be interesting to see how much development work has been done between 2011 and 2012 and that will give us some clue as to whether the race will continue.

Despite the long straight after Turn 1 there was surprisingly little overtaking last year – 29 ‘moves’ which was half 2011’s ‘move’ average. To chivvy this along, the DRS detection point will still be placed right before Turn 1, with the activation point 516 meters after Turn 2. The DRS zone, however, has been extended by 80 meters compared to last year.

Sebastian Vettel arrives in Korea on a roll after winning two grands prix in a row and with the great psychological edge of having won the Korean Grand Prix last year as well. He’s very much Yeongam Style. Lewis Hamilton might have got pole in 2011 but he was edged out by Seb on the opening lap in a brilliant overtaking move running down to Turn 4.

Lewis was then involved in a race-long duel with Mark Webber, including one extraordinary sequence where they went though several corners side by side. It was McLaren and Red Bull who were the class of the field last year – and both will be up the front again this year. Given that Red Bull have now deployed their secret weapon – an innovative double DRS that aids straight-line speed, they seem to have the development edge, most particularly over Ferrari.

Alonso came home in sixth place last year behind Felipe Massa and will want to do a lot better in 2012. Unfortunately this year Fernando has the Saubers and the Lotuses to contend with who are qualifying round about the Ferrari pace. Sergio Perez knows he should have done a lot better in Japan and it will be interesting to see how he drives in Yeongam.

Even more interesting will be how Romain Grosjean approaches the opening lap. Many people believe he is lucky to be competing at all. After his one-race Monza ban you would think that any clear-cut example of poor racecraft would send him to the sin bin again. Barging straight into the side of another car couldn’t be put down as a racing incident, it was just amateurish.

That incident was actually worse than his Spa accident, which was careless but had spectacular consequences. At Spa he believed he was clear of Lewis Hamilton before moving over on him, an act which sparked an almighty shunt. That isn’t so far away from Alonso at the start of the Japanese Grand Prix who moved right over on Kimi Raikkonen not realising he was there till his car started gyrating. The key difference is that Alonso was already ahead of Raikkonen at the start.

Grosjean’s unnecessary wallop into Webber at Suzuka was through a shortfall in judgement and experience and it was right in front of the whole field. He hit the P2 guy with the rest of the grid behind him.

In the early season the Lotus wasn’t particularly good at cold circuits and this might be a challenge this weekend if the temperature dips below the expected 22C and 23C, which it has in the past.

Apart from the title battles hotting up at the front – Red Bull vs McLaren vs Ferrari vs Lotus – and then Mercedes vs Sauber vs Force India, it’s hotting up at the back as well with Marussia vs Caterham and Pedro de la Rosa poking his HRT in there too. The three ‘new’ teams still don’t look like displacing a Toro Rosso but they’re getting more adept at displacing each other.

So everything to race for on Sunday and it will be interesting to see how full the grandstands are and if the paddock area still resembles a Tilke-designed ghost town. Fernando Alonso will be lucky to come out of it with his championship lead still intact, but the Red Bull alternators don’t like Safety Cars and we’ve had those at Korea in the past. There’s no rain expected so all being well we won’t finish in the dark.
FH

*Since writing this we’ve learned that Korean rapper Psy will be waving the chequered flag at the end of the race.