Home Uncategorized Kovalainen back at Caterham 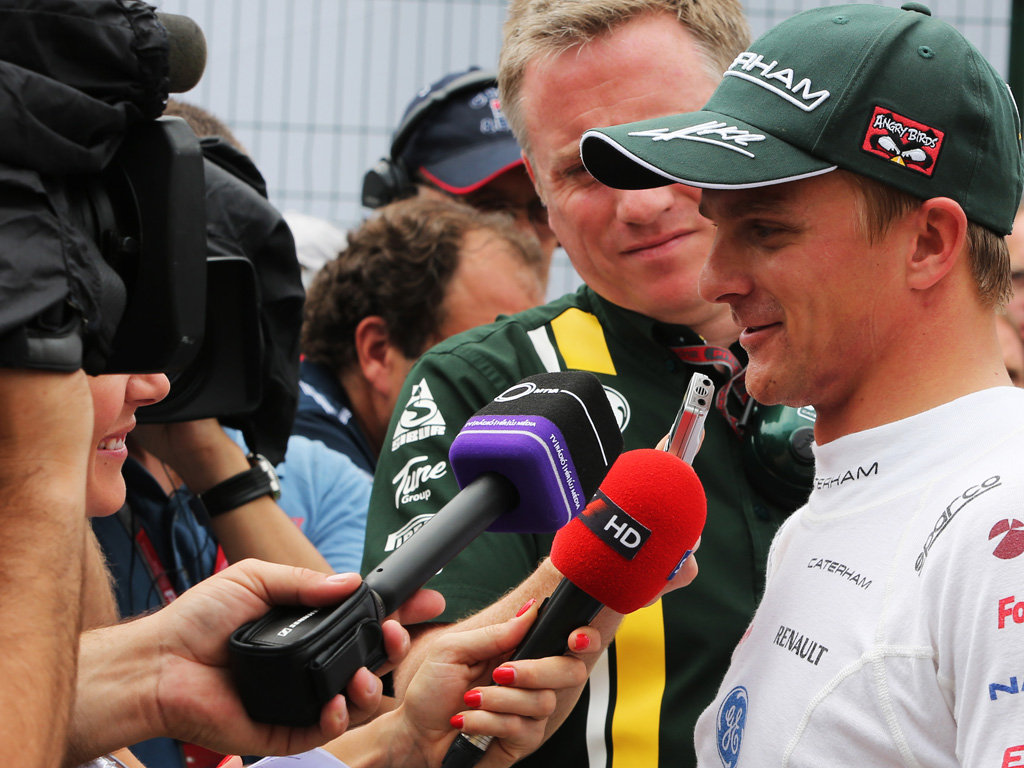 Heikki Kovalainen’s absence from Formula One has been a brief one with the Finn returning as a reserve driver for Caterham.

The 31-year-old drove for Tony Fernandes’ outfit from 2010 until last season, but he was left without a drive for this campaign after the team opted to go for a Charles Pic-Giedo van der Garde driver line-up.

However, he has returned to the team albeit in a less glamorous role that will see him become a reserve driver alongside Alexander Rossi with Ma Qing Hua the man to make way.

Kovalainen will return to action immediately as he will take part in Friday practice at this weekend’s Bahrain Grand Prix as well as in Spain in a fortnight.

“It’s obviously great news that I’ll be on track in Bahrain and Spain and I’m really looking forward to getting back to work and helping the team as much as I can,” he said.

“I’ll be taking part in the two FP1 sessions in Bahrain and Barcelona to give the team my input on the new parts we’re bringing to those races, and I’ll be working closely with the race drivers and the engineers on track and back at Leafield to help everyone get the most out of the new package.

“Tony Fernandes, team principal Cyril Abiteboul and I have been talking about me taking up this role for quite a while, so it’s good to finally be able to announce how I’ll be helping the team in 2013. I’m physically ready to get back into the car and I know my experience can help give the team new ideas and options for directions to take on setup and strategy. I’m looking forward to getting back to work!”

Ma made history at Shanghai last weekend when he became the first Chinese driver to race in China as he was behind the wheel for FP1 and Abiteboul insists he “remains a core member” of the squad.

“After Ma’s successful run in FP1 in China a number of new opportunities have arisen for him and we have decided to restructure our current line-up,” he said. “Alexander moves to Caterham Racing to compete in GP2 and I am sure he will be an immediate success in that championship whilst he will continue to enjoy the link with the F1 team throughout the season.”

Abiteboul believes Kovalainen’s experience will be vital to the team for the rest of the 2013 season.

He added: “Heikki returns to track work with us and we are delighted to welcome him back into the team. He has six years of F1 experience behind him so he is perfectly placed to provide us objective feedback on the various types of configurations we will run and to give us an objective view of the 2013 tyres against his experience with the 2012 compounds.

“Having invested in Heikki for our first three years of competition it would be a waste not to leverage the valuable expertise he brings. As F1 is a team sport, he will also provide support to Charles Pic and Giedo van der Garde, who are both doing a good job in their first months with the team.”