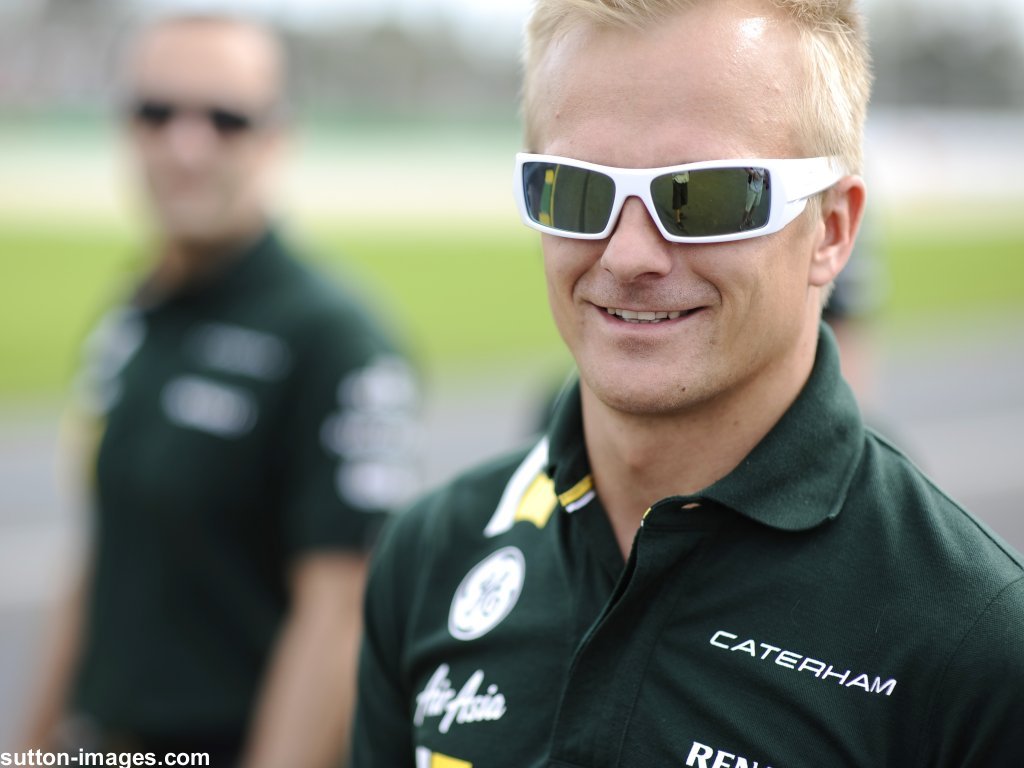 Heikki Kovalainen says he would consider leaving Caterham at the end of this season if offered a better opportunity.

Having raced for Renault and McLaren in the past, Kovalainen knows the joy of stepping onto a podium and even winning a grand prix having tasted success at the 2008 Hungarian Grand Prix.

However, instead of fighting for wins and World titles, the Finn is currently fighting to join Formula One’s midfield pack after signing with newcomer Caterham in 2010.

And although Kovalainen has often spoke of his desire to help the team move up the order, he admits if a better opportunity with a stronger team comes along he will consider it.

“I haven’t spoken to any of the teams yet, not even to my team yet,” Kovalainen told Sky Sports.

“All I know is my contract is finishing this year with my current team, but at the moment I am just worrying about getting the most out of what I have got.

“Whatever happens, I think that will put me in the best position either with the current team or with some other team, but we aren’t at that stage yet with myself or my management.

“We haven’t looked at it seriously, I think it is a bit too early and there are a few guys ahead of me in the queue, things like what Lewis (Hamilton) will do or what Michael (Schumacher) will do, will probably have an impact on what everyone is doing.

“We haven’t talked to anyone yet, no one has talked to us yet and at the moment I am just focusing on my performances.

“Regardless though I think my performances have been good, I think I have found my swing again in the Formula 1 paddock and that is good for the future.

“Teams expect drivers to deliver and I feel that is what I am doing now. Let’s see what the future will bring, regardless though it will be good.”