Home Uncategorized Kovalainen: I felt I was the number two 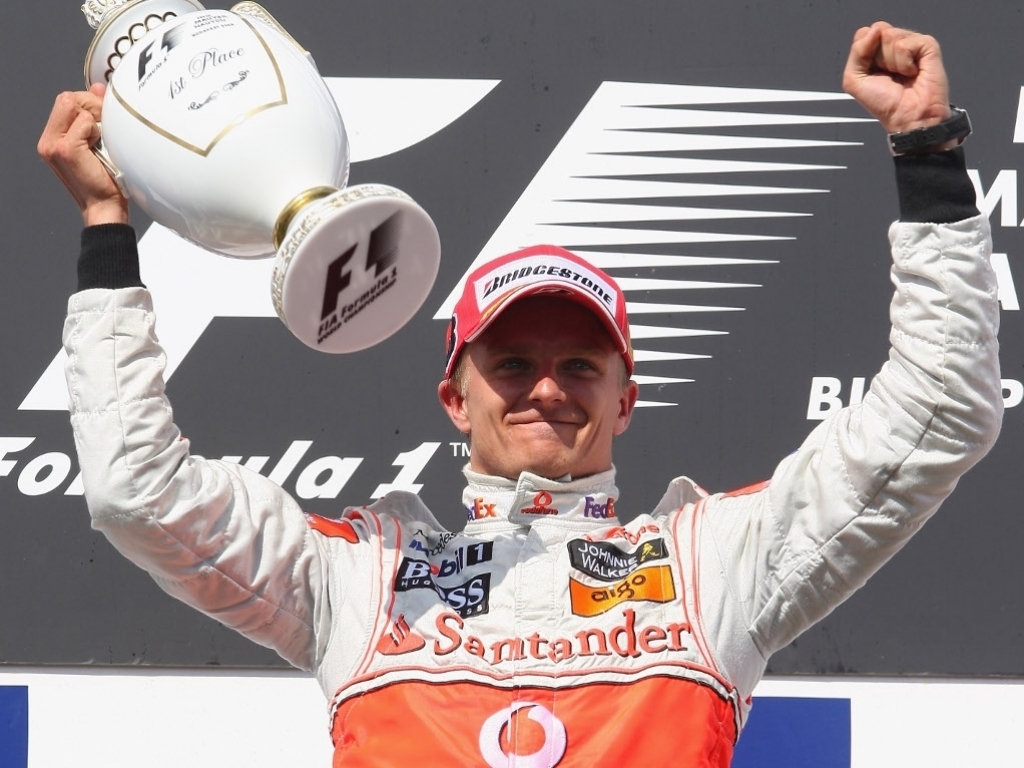 Heikki Kovalainen says he struggled with being slotted into the “number two” role at McLaren in 2009, but concedes he was not driving as well as he had the previous season.

Writing in a guest blog on the official McLaren website, Kovalainen has spoken of his time at McLaren where he partnered Lewis Hamilton.

The Brit won the World title in their first season together while the Finn was only seventh with one win and two additional podiums to his tally.

As such it was Hamilton who was favoured in their second season, something Kovalainen admits he struggled with.

“I mentally wasn’t sharp enough to really try to get more out of it,” he wrote.

“Also Lewis got some parts ahead of me, and maybe I let it affect me a little bit when he got slightly better service, if you like.

“More than the first season I felt I was the number two, but I should have ignored that and just got on with the job. I wasn’t driving as well as I was before.”

2009 would be Kovalainen’s final season with McLaren as then team boss Martin Whitmarsh informed him early in the campaign that they were trying to sign either Kimi Raikkonen or Jenson Button as his replacement. They secured Button’s signature.

“Martin Whitmarsh kept me up to date,” he added. “He told me early on that they will look for another driver, they will look for Kimi, and they were also looking for Jenson Button. But both of those drivers might not be available, and Martin said to me if not, then you’ll be the third choice.

“It became apparent that Kimi wasn’t going to come, so it was only Button, and they were awaiting news on what he was going to do. In fact, I was in America and it was Thanksgiving Day when Martin called me to say, ‘We have signed Jenson.’

“My results weren’t good enough, and I was kind of expecting it. But I felt that I could do better, and maybe the team would give me another shot. But, in a team like McLaren, when things don’t go well they change things, and that’s what they did.”

Kovalainen, though, says he now looks back at his time with McLaren with fondness as he not only learned a great deal, but he also claimed the Hungarian GP victory in 2008.

“I had a great opportunity, and I felt it started very well. But quite often in motor sport and in life small things can change your direction and change the outcome.

“During 2008 there were small details, particular races that kind of went in the wrong direction, and I wasn’t able to get the results I deserved. I could have won more races and things could have worked out quite differently in the long run.

“McLaren taught me a lot, and I learned a lot from Lewis as well. As a team they were able to help me and guide me. I became a better driver, but I think I lost a bit of confidence during the second half of 2009, and I felt I needed to go back to the starting point and start again with the information that I had after those two years. That’s the reason I went with Caterham, to give myself time to build something again.

“But I have good memories of McLaren, and it was the best team I ever worked with, a really great team and a powerful team. Sometimes nowadays when I see them struggling I feel sorry for them, and I hope they can come back to where they should be.”