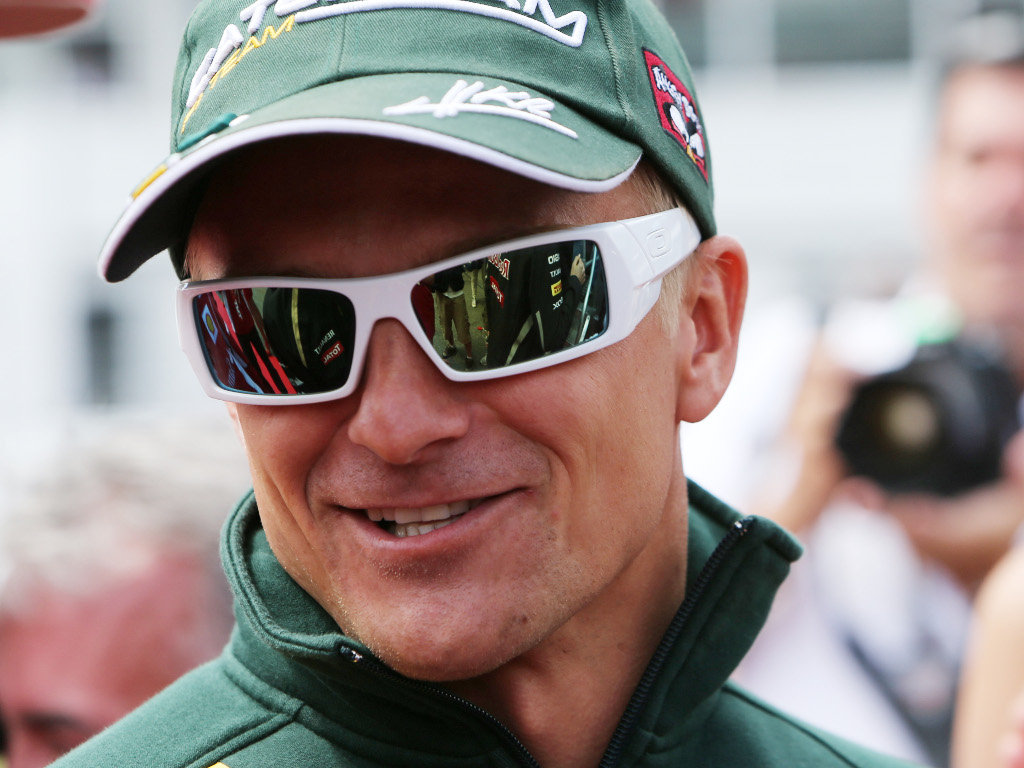 As the 2013 grid continues to take form, Heikki Kovalainen admits he’s still waiting on a decision from Caterham…

As the 2013 grid continues to take form, Heikki Kovalainen admits he’s still waiting on a decision from Caterham.

Kovalainen’s current deal with Caterham expires at the end of this season with the Finn being linked to a possible move to Sauber.

But with the latter confirming Nico Hulkenberg on Wednesday, Kovalainen’s chances of making the move up the grid are looking slim.

“No, not really,” he told Autosport when asked if he had any alternative options to Caterham.

“The main thing now is to keep the focus, drive the car as fast as I can and keep pushing the team.

“That is what I’m paid to do and we will see what happens next year. Hopefully, we can resolve it sooner rather than later.”

However, as yet the Finn has yet to hear from team owner Tony Fernandes as to whether Caterham wants to extend his contract.

“At the moment there is no movement, I’m waiting on what Tony wants to do.

“He has different options and has to decide what route he wants to take with drivers.

“The fact is, I don’t bring money and I get paid. Whether that’s the deciding factor or not, I don’t know.

“We still have a good relationship. I’ve been with him for a long time already and I trust him 100 per cent.

“But at the same time, I need to keep my eyes open in case he wants to go the other way.”