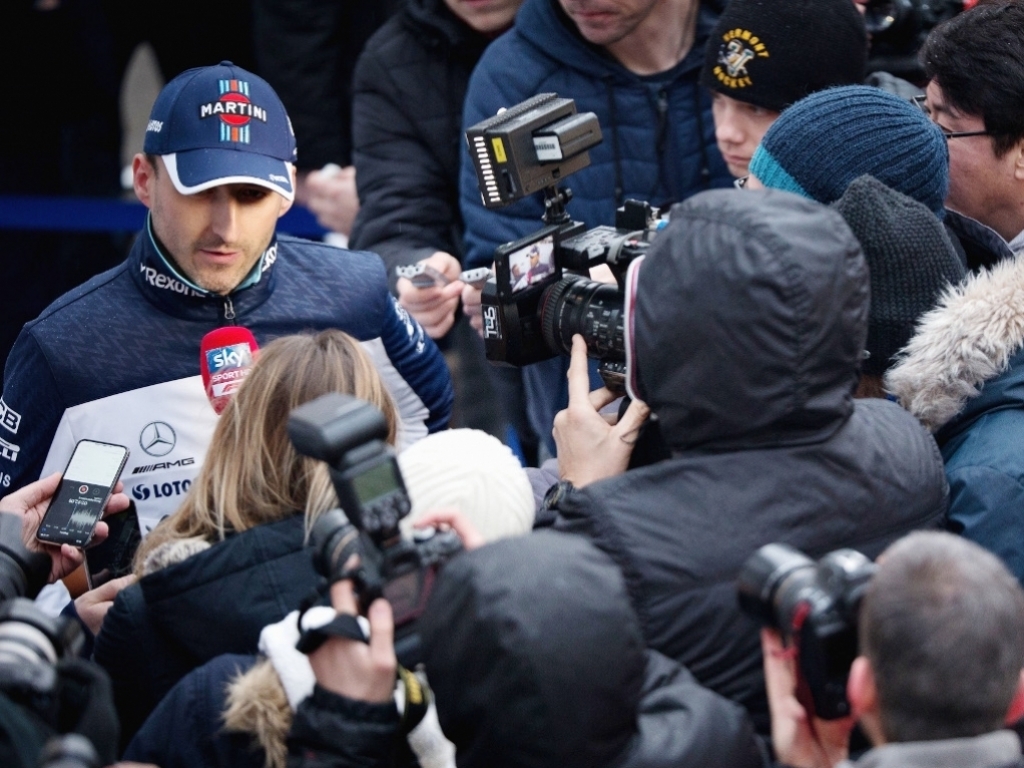 Robert Kubica has said fans and the media should not compare his times in testing to fellow Williams driver Sergey Sirotkin.

Kubica lost out to Sirotkin for the final seat on the 2018 grid alongside Lance Stroll and instead had to settle for a reserve and development role, but day two of testing in Barcelona saw the Pole post a time three-tenths quicker than the Russian.

And it is because of his new job that Kubica feels his times will be “irrelevant” when it comes to discussing his future with the team and whether he should have got the nod ahead of Sirotkin.

“You cannot compare,” Kubica said via the official Formula 1 website.

“I don’t care about my feeling, I have different job and the times are really irrelevant I would say, especially in my position.

“I’m here to help and try things. Actually driving in different conditions puts me in a difficult situation because I will not be racing.

“I have limited time in the car, so have to get confidence in the car very quickly, but conditions were difficult, so I have no time to take it easy.”

Whilst Kubica is essentially the third driver at Williams, he is still feeling the pressure of making a valuable contribution.

He added: “At the same time mileage is important, and the biggest thing is that I have no margin for any mistake.

“I know how limited we are because the team is pushing hard with development and the spare parts.

“But I think we have really done a lot and nearly the maximum of what we were able to do with the conditions we have had.”