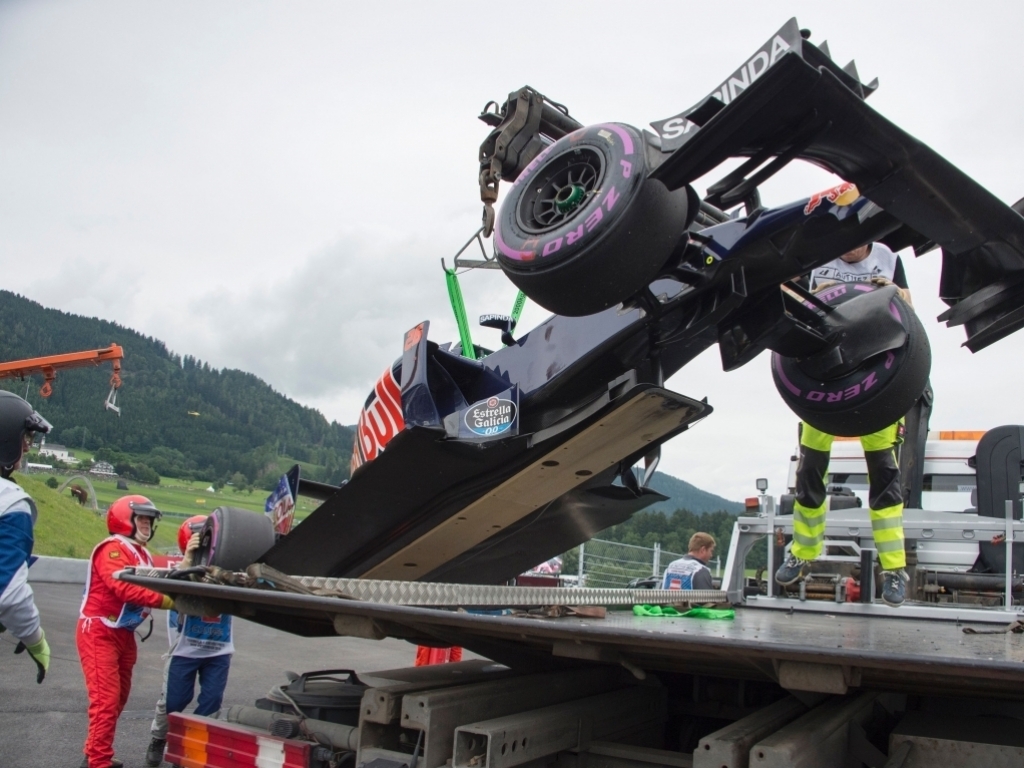 Toro Rosso's hard work to build Daniil Kvyat a new chassis ahead of the Austrian GP came to naught when a mechanical issue forced him to retire after one lap.

Kvyat crashed heavily in Saturday's qualifying when, like three others over the course of the weekend, the suspension of his STR11 was broken on the Red Bull Ring kerbs.

As such he was set to start the grand prix down in 18th place but, with Toro Rosso deciding to build him a new chassis, he instead started from the pit lane.

Kvyat's race, though, was over almost before it began as an as yet unknown mechnical issue put him out of the grand prix on the opening lap.

"What an unfortunate weekend. We started today's race from the pit lane, but I was only able to complete one lap before having to retire because of what looks like a mechanical issue – we still need to investigate what the exact reason is.

"It's painful, but this is racing… Of course today I feel really frustrated, but tomorrow I will wake up and will have found the strength to move on."

He added: "In moments like these I always remember what someone once told me: 90 percent of being a racing driver is tough but the remaining 10 percent is so good, that it's all worth it – let's just hope that 10 percent is back in Silverstone next week!

"We will definitely work hard to make it happen."