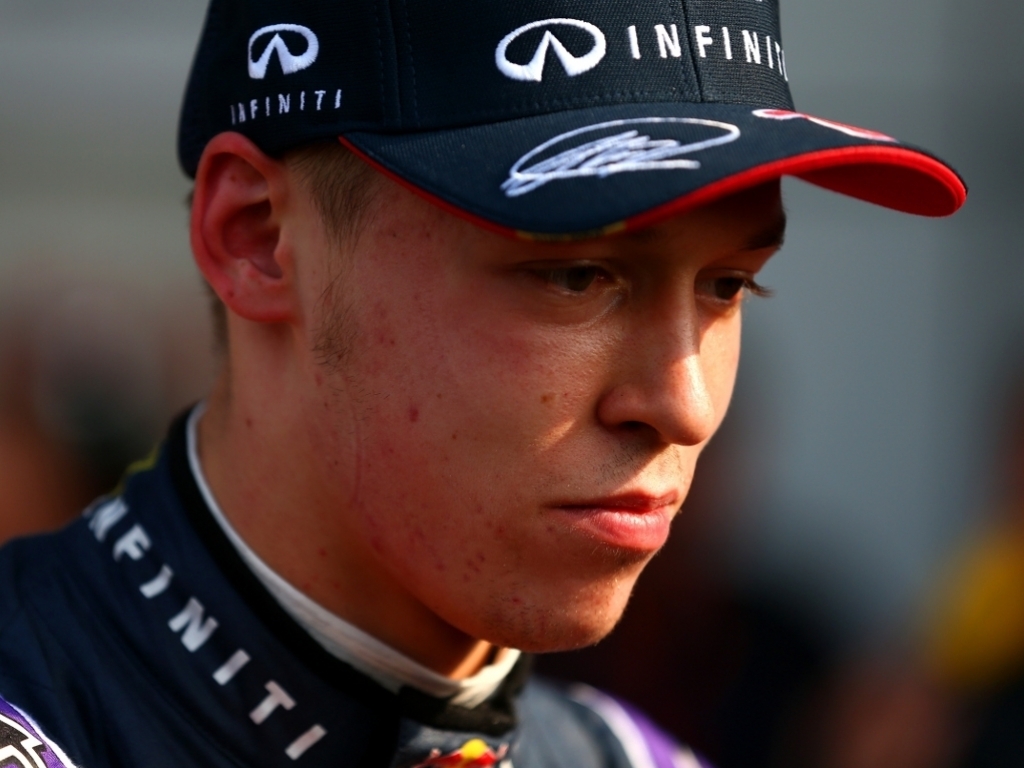 Before Nico Rosberg denounced Lewis Hamilton's tactics in the Chinese Grand Prix, he was soundly beaten by his Mercedes team-mate – not only in Shanghai, but also in Melbourne and Sepang. Rosberg now finds himself adrift of Hamilton in the Championship and the qualifying count reads 3-0 in the Briton's favour.

While Rosberg's ill-conceived rant at his team-mate has dominated media coverage in the last few days, he is far from alone in feeling the pressure from the other side of the garage. Ferrari's Kimi Raikkonen is another and so is Red Bull's Daniil Kvyat. Both are 3-0 down to their team-mates in qualifying and behind their sister cars in the Championship standings.

"I'm on fire, I'm on fire" were Kvyat's words on the radio of lap 14 of the Chinese Grand Prix, though this message was not celebrating a magnificent overtaking manoeuver on a rival. Instead he was bemoaning the smokey death of yet another Renault power unit.

Although the young Russian was blighted by technical issues in China, his propensity to commit errors, particularly locking up in qualifying, resulted in a scrappy weekend.

Promoted to Red Bull this season after an impressive debut year with Toro Rosso in 2014, Kvyat would have had ambitions of emulating Daniel Ricciardo in making an instant impression at the senior squad. He has not and much like Rosberg will be feeling the weight of expectations.

The pressure on Rosberg has implications for the Championship, while the pressure on Kvyat is more existential in nature – and we're just three races into the 2015 season.

Yet Kvyat is already facing a stark reality. If he cannot deliver, his Red Bull career will be terminated. In addition to Red Bull's intolerance for results that fall short of excellent, Kvyat has another dynamic to contend with in the shape of the youngest F1 driver of all time: Max Verstappen.

Displaying a medley of maturity, attitude, pace, and racecraft, the Toro Rosso youngster has impressed many pundits. Historical precedence shows that Red Bull's head of driver development, Helmut Marko, will have no compunction in jettisoning the 20-year-old Russian in favour of the 17-year-old Verstappen.

As for Kvyat – 2014's teenage sensation – without a string of consistent results he might find himself discarded by Red Bull and driving a Formula E car in 2016 alongside a battalion of Red Bull rejects in Vitantonio Liuzzi, Sebastien Buemi, Jaime Alguesuari, and Jean-Eric Vergne.