Home Uncategorized Kvyat: ‘Even McLaren are faster than us’ 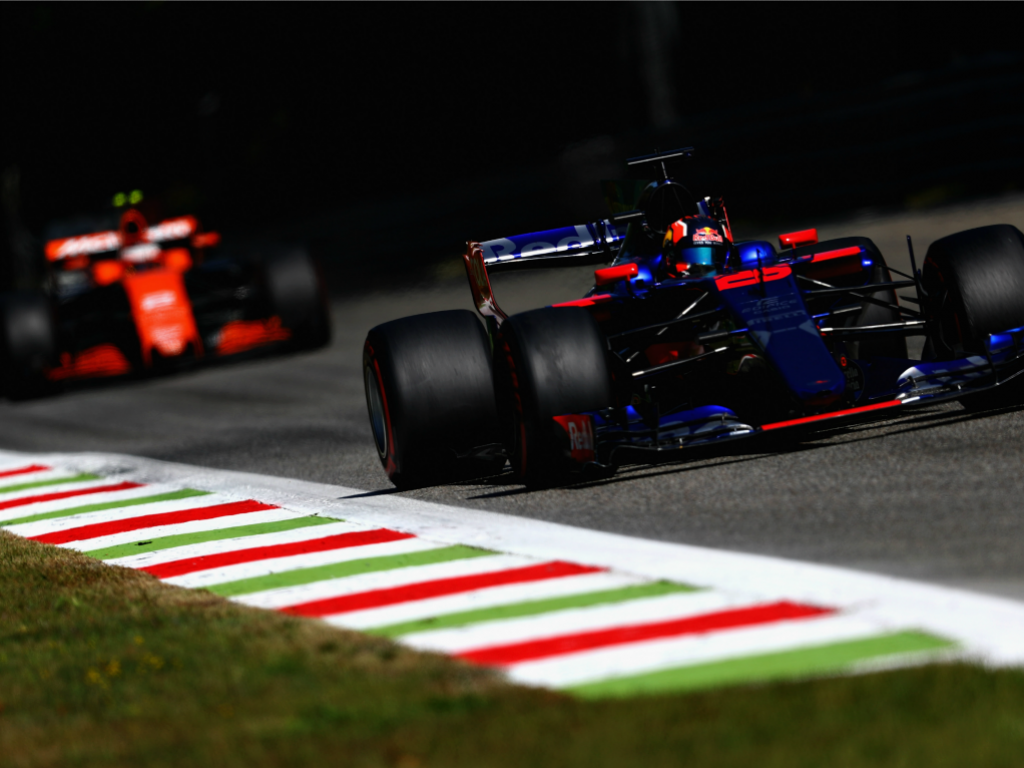 Daniil Kvyat bemoaned Toro Rosso's pace at the Italian Grand Prix and is concerned that even the lowly McLaren-Honda was able to keep up.

Kvyat came home in a low-key 12th position at Monza but his afternoon was largely spent trying to keep Stoffel Vandoorne at bay before the two MCL32s retired from the race.

"Even McLaren was faster than us today, to be honest," said Kvyat, "I think they were looking very strong.

"It wasn't easy. It's a bit alarming if McLaren can stay with us in this kind of track. There's a lot to do and we need to start working on developing the strong point of the car."