Home Uncategorized Kvyat: It’s going to be good for the team 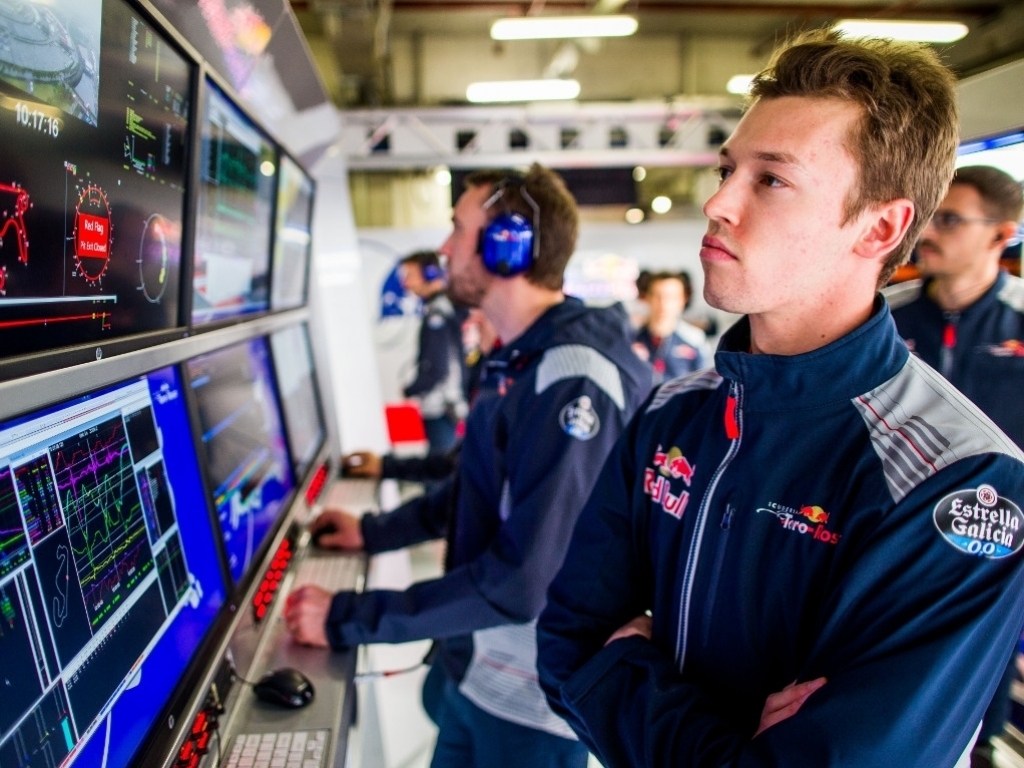 Although Daniil Kyvat wouldn’t confirm or deny Toro Rosso’s pending engine swap, he did say that whatever is going to happen would be “good for the team.”

Toro Rosso are expected to confirm in Singapore that they will race Honda engines in 2018, bringing an end to their Renault partnership.

Asked about the move, Kvyat said: “Until there’s an official announcement I’ll pass on commenting about that.

“Whatever is going to happen, it’s going to be good for the team.”

That, though, is not the only change expected at Toro Rosso.

Carlos Sainz is reportedly set to leave the team, heading to Renault either at the end of the year or even as early as the Malaysian GP.

Asked about that, Kvyat joked: “It’s perfect for me, I don’t have to answer any stupid questions.”

Pressed as to how he would feel if this weekend’s Singapore GP was his last as Sainz’s team-mate, he sarcastically replied: “Very sad, see my tears.”

He added: “Whatever happens, sooner or later at some point, you might see us again together. Throughout our careers, at some point, we had always cross paths.