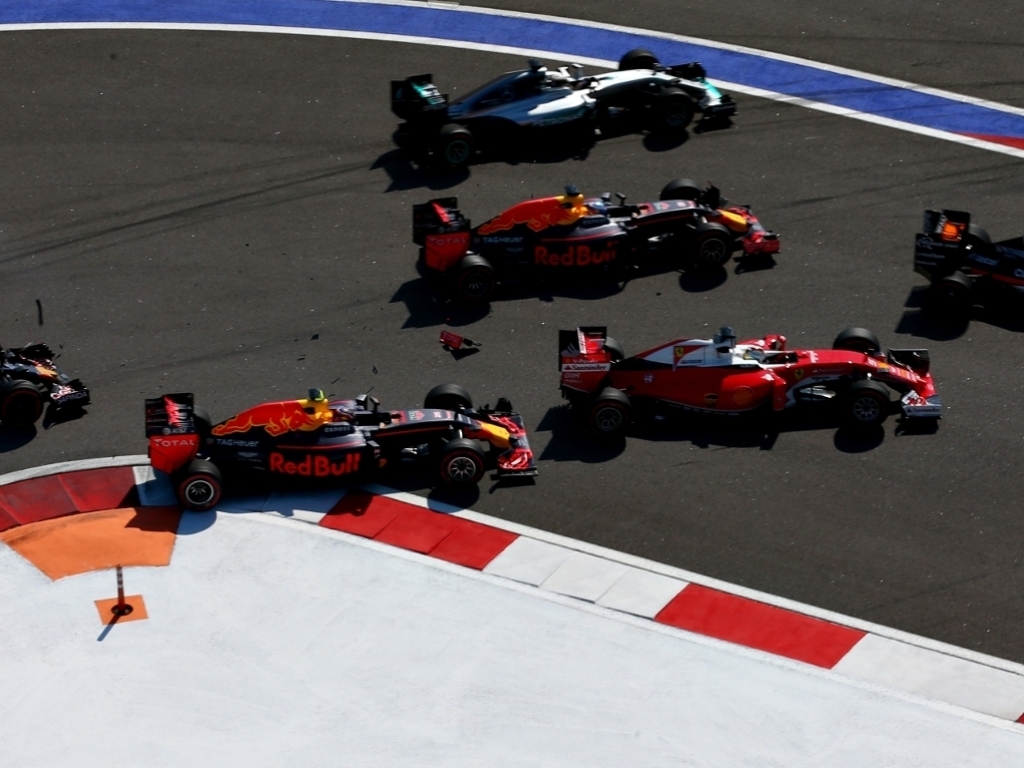 With Sebastian Vettel leaving the Sochi circuit almost immediately after the Russian GP, Daniil Kvyat had to resort to a phone call to apologise for causing his DNF.

Following on from China where Vettel was unhappy with Kvyat’s driving in the first corner, this time in Russia the German was furious.

Kvyat ran into Vettel at Turn 2 and again at Turn 3 at the Sochi circuit with the second impact sending the Ferrari driver into the barriers and into retirement.

Vettel launched an expletive-laden rant as the Red Bull racer and later had a word with his team boss Christian Horner on the pitwall.

With the German leaving the circuit almost immediately after the grand prix, Kvyat resorted to a phone call to apologise.

“I think now people will take joy in talking about this. Let them talk. I know I’ve made a mistake, I will learn from it.

“The consequences for the mistake are that the team didn’t score the points it could have.

“But I think this will be left behind and this incident is over. We’ve discussed it already. It’s only human to make mistakes like these.”

As for Vettel’s chat with Horner on the pitwall, the Red Bull team boss revealed Vettel had his say on the incident after which the Brit apologised for his driver’s actions.

“He said hello and made his thoughts well known,” Horner said of their conversation.

“All I could do was apologise to him.

“It’s cost us a lot of points and unfortunately compromised Sebastian as well. but he’s a young guy, he’ll learn from it and I’m sure he’ll come back strong in Barcelona.”