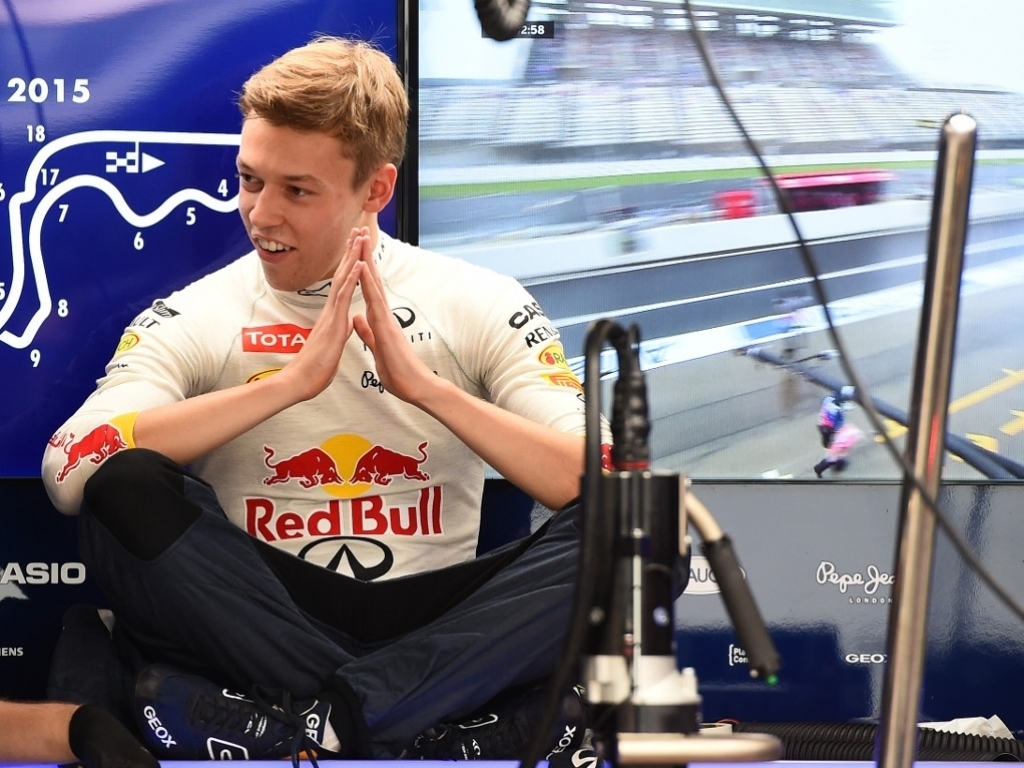 For the second race in a row Daniil Kvyat found himself top of the timesheets in FP2, but he insists Friday’s times at Suzuka “meant nothing” due to the conditions.

The 21-year-old followed up his P1 in Free Practice 2 at Singapore with another fastest time at the Japanese Grand Prix, edging Nico Rosberg in the Mercedes by 0.023 with Lewis Hamilton third and Daniel Ricciardo third.

Of course Red Bull’s times in FP2 at the Marina Bay Street Circuit was a true reflection of their pace as Ricciardo claimed a podium while Kvyat finished sixth.

However, the Russian warns that not much should be read into the times as teams didn’t get a chance to run in the dry.

“Today means nothing to be honest,” he said. “It wouldn’t be too bad if it rained [tomorrow], but I don’t think it will be like this all weekend.

“It was quite slippery, especially when more drizzle came, there was more tendency to aquaplane and more tricky to keep the car on the track.

“It’s quite a narrow track as well so there were a few places where it was easy to make a mistake.”

Meanwhile, team-mate Ricciardo echoed Kvyat’s comments, but added that Red Bull are pretty confident they will be ahead of Williams this weekend.

“We should be there amongst the top five, we should have the pace on Williams, but we’ll see,” he said.

“We need to start with the right car because we won’t have much time to change the balance once we get going.”