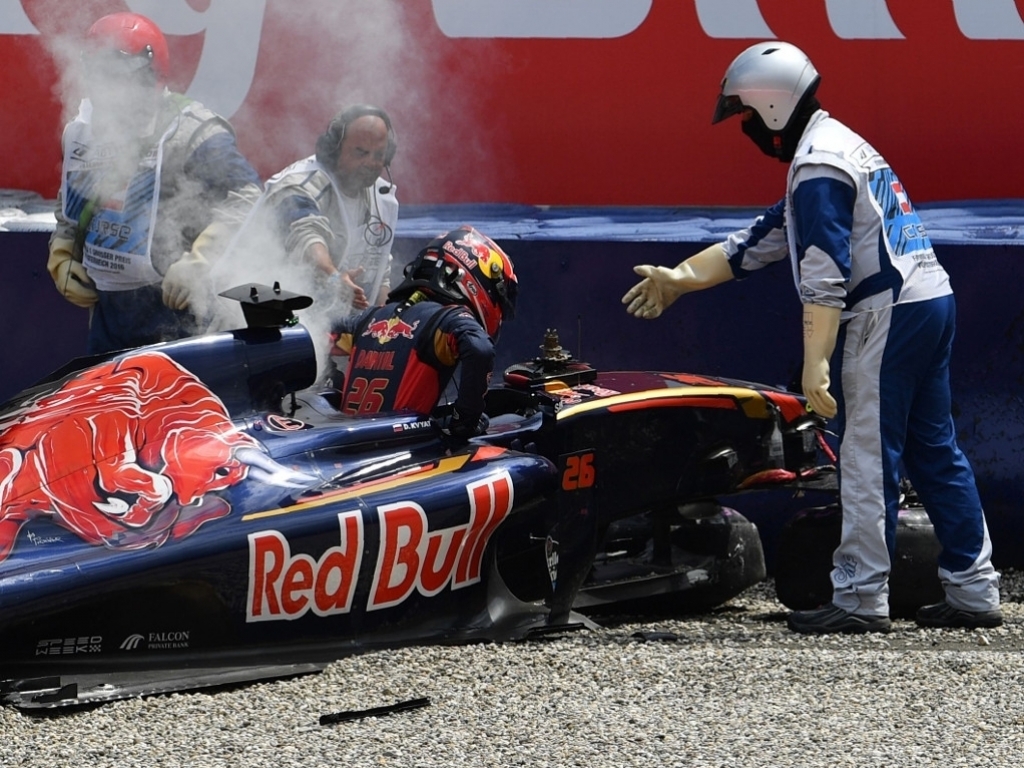 Daniil Kvyat was surprised by his high-speed crash in Saturday’s qualifying in Austria as earlier mistakes cost him lap time, not a broken suspension.

Kvyat was pitched into a high-speed accident when his STR11’s suspension broke on the much-debated Red Bull Ring kerbs.

He hit the inside barrier at speed before sliding across the track, through the gravel trap and into another barrier.

“I don’t know what happened there,” he told Sky Sports F1.

“When I went on those kerbs earlier I lost some lap time, but this time the suspension broke, very weird, and it steered me to the right.

“Already on the first run we had a puncture, I don’t know what was going on really, we have to investigate if it’s the kerb or something related to the puncture from before.

Kvyat’s suspension issue was the fourth of the weekend as earlier Max Verstappen, Nico Rosberg and Sergio Perez all had issues on the kerbs.

He added: “Once you’re on those kerbs you’re not in control if the suspension breaks. At least on the AstroTurf, you had control.

“At the last corner, everyone is going off [with] four wheels, they wanted to make it better but actually they made it worse.

“I think this year the track needs a bit of review, because the track limits is an issue and these kerbs are not very cool, and they are very dangerous actually.”