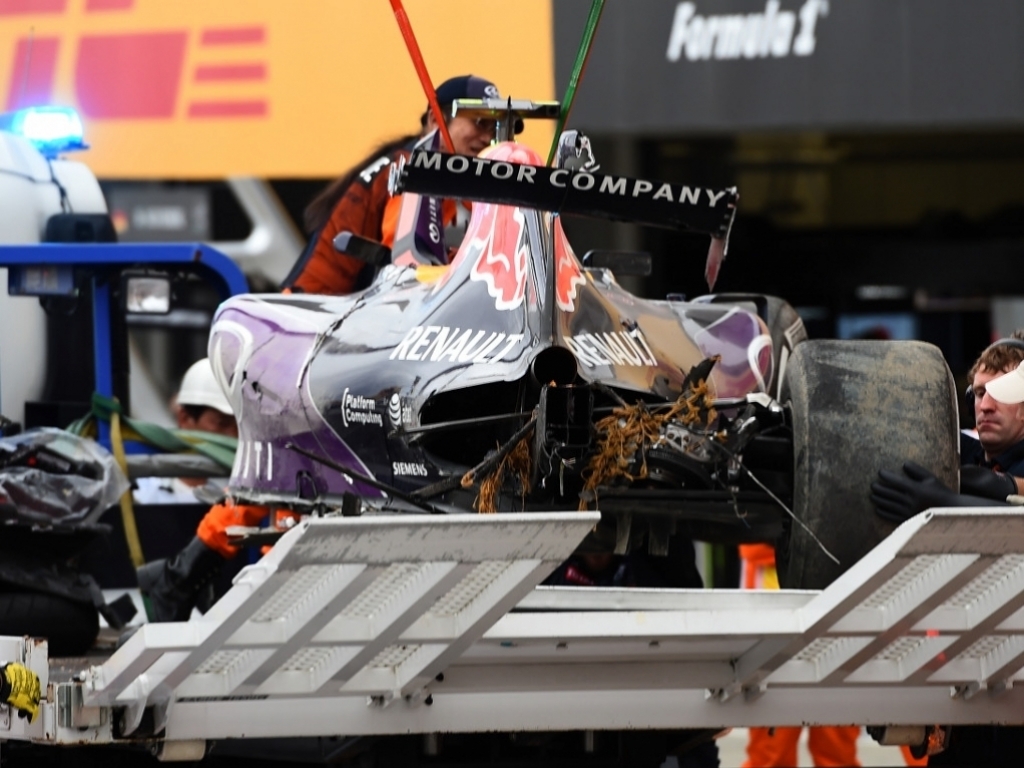 Daniil Kvyat has held up his hand following his violent shunt during Q3 at the Japanese Grand Prix on Saturday.

Qualifying came to a premature end, albeit by only 36 seconds, at Suzuka after the Russian lost the rear of his RB11 at the hairpin, touched the grass and smashed into the barriers before flipping 360 degrees.

"I'm okay," was his immediate response to his Red Bull team before he explained that "he clipped the grass on the entry".

He later added on Sky Sports: "Good, thanks. It's okay … More disappointment than pain.

"Just a rookie mistake, I put two wheels on the grass. There was no run off area and it was quite logical [ending] I think."

The Red Bull mechanics are now set for a busy evening as they need to build a new car ahead of Sunday's race and Kvyat admits that he is disappointed that he has given them some extra work.

"It looks really bad, I must say! I'm sorry to the guys because it's been a tough couple of race and with this accident its extra work for the guys," he said.