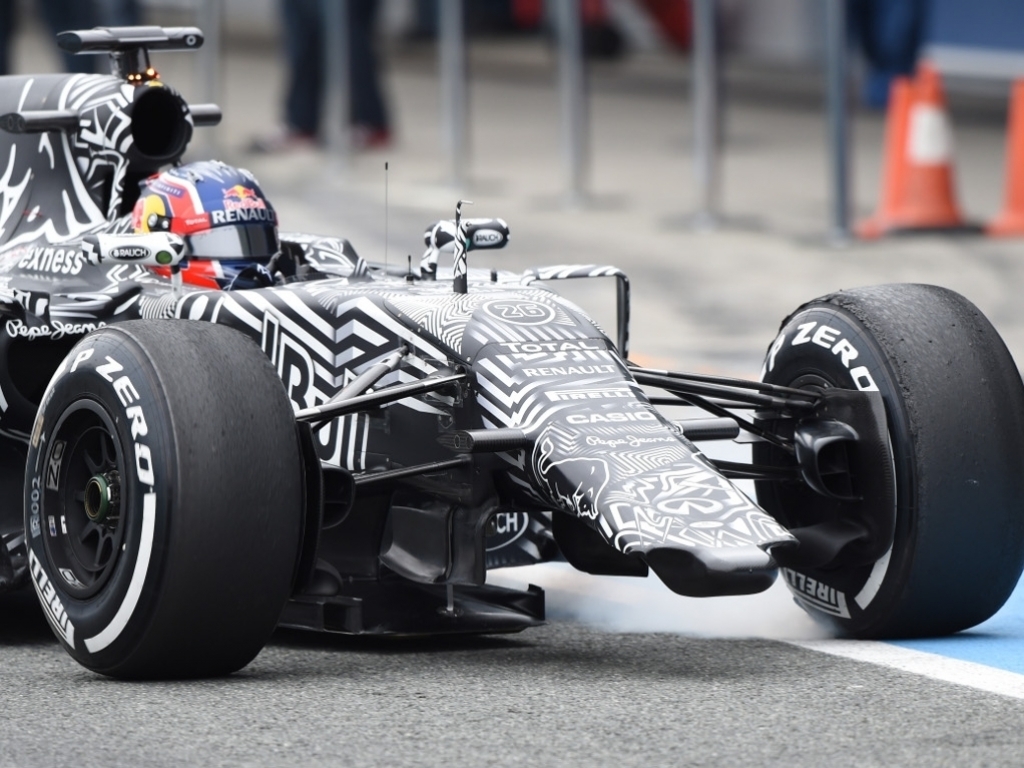 Daniil Kvyat believes Red Bull will recover having lost a day's running when he damaged his RB11's front wing.

Taking over from Daniel Ricciardo on Day Two at Jerez, Kvyat had an early morning off that damaged the car's front wing.

As that was the only wing Red Bull had at the track, the team's programme for the day was sorely hampered.

"It was not ideal today, sometimes mistakes happen and there's nothing you can do about them," Kyvat explained.

"After that we tried to maximise our day, not having spare parts to replace the wing.

"We still maximised our running with what we had and hopefully we can recover from that.

"I have another day to make up for it, so just looking forward to Wednesday now."

The Russian driver still managed to cover 18 laps, all in one-lap stints, as he worked on systems checks.

Head of Race Engineering Guillaume Rocquelin added: "A small off for Dany right at the start of running resulted in a damaged front wing. As with everybody else the pressure to get the car ready on time for this test meant that we didn’t have a replacement here.

"However, there are plenty of routine checks that need to be done, systems checks that go on all the time in the background, so we could at least get through a lot of that work today, which is why we sent Dany out for some laps without recording a time."

Red Bull are expecting to be back in action on Tuesday.

Vettel quickest as Mercedes falter
Gallery: Soaking Up The Sun At Jerez