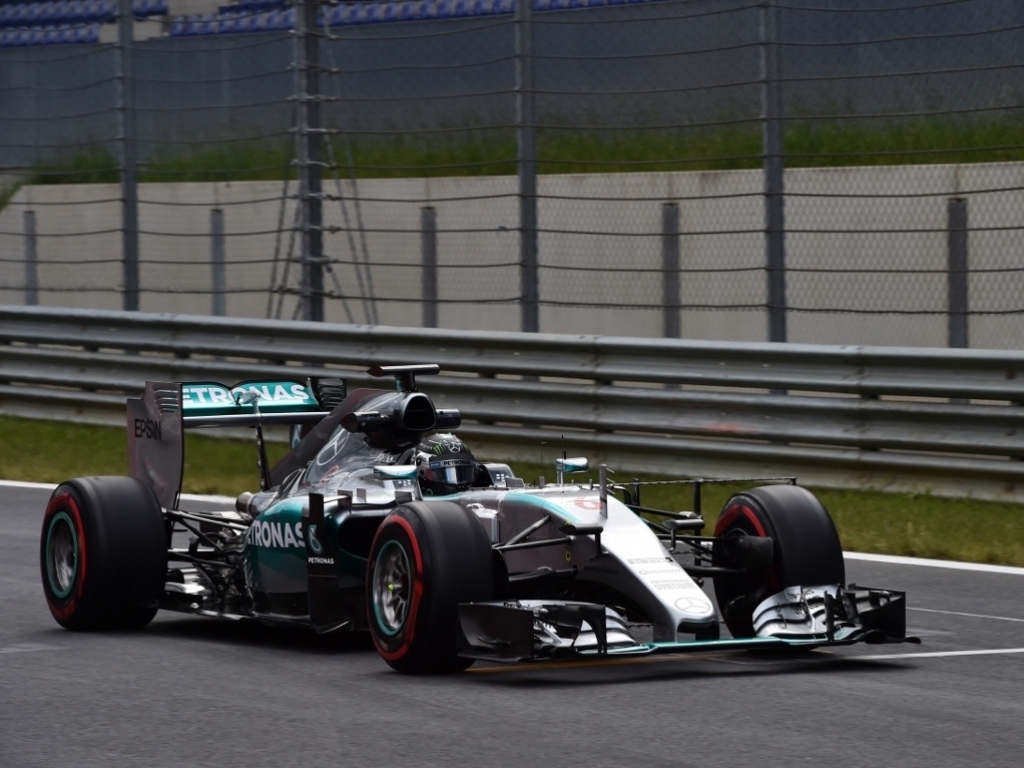 You would be forgiven for thinking you have stumbled across a Friday practice report or even a race report as Nico Rosberg once again gave Mercedes P1 on the final day of testing in Austria.

Reserve driver Pascal Wehrlein put the reigning World Champions top of the lap charts with a 1:11.005 in cooler conditions on the opening day at the Red Bull Ring on Tuesday.

With the weather a lot warmer on Wednesday, the times were lower and Valtteri Bottas in the Williams was initially the fastest man in the morning session with a 1:10.029 with Wehrlein, who switched to Force India, second and Rosberg third for Merc at lunch.

However, Rosberg upped the pace shortly after the break as he used the supersofts to post a mark of 1:09.113 while Esteban Gutierrez in the Ferrari jumped up to second in the final hour of the test with a 1:09.931 with Bottas pushed to P3.

Rosberg initially only completed 44 laps in the morning with the team later revealing he had a gearbox problem, which they fixed during lunch, but he and the rest of the pack really put in the hard yards in the afternoon.

The German finished on 117 laps for the day, but he wasn't top of the lap count as that honour went to reigning DTM Champion Marco Wittmann, who completed 158 laps of testing for Toro Rosso.

In fact, Bottas was the only driver who didn't see the century of laps as he only had 79 to his name. Yes, even McLaren reached the 100 mark.

It was another good day McLaren as Fernando Alonso, who replaced Stoffel Vandoorne behind the wheel of the MP4-30, did mostly aero work for the Woking-based squad while his 1:10.718 was good enough for seventh place.

There wasn't much drama with Rosberg stopping on the track a couple of hours into the afternoon session, but he made it back out, while Daniel Ricciardo and Jolyon Palmer also brought out a red flags during the final hour.