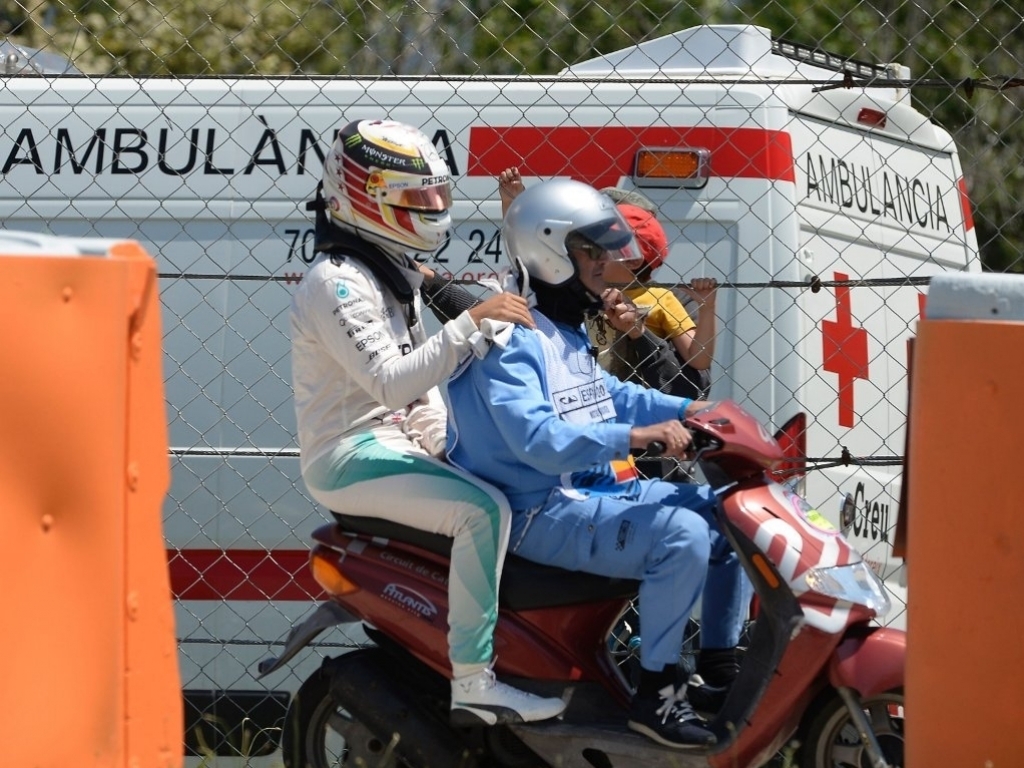 Lewis Hamilton has taken responsibility for the crash that ended his Spanish Grand Prix and that of his Mercedes team-mate Nico Rosberg, according to team chairman Niki Lauda.

Opinions have been divided as to who was responsible for the incident which saw the pair end up in the gravel trap at Turn 3 after Hamilton tried to slide up the inside of his team-mate after being beaten at the first corner. Rosberg closed the door on the World Champion, forcing Hamilton wide where his wheel clipped the grass, sending him into a spin and into Rosberg.

The crash was ruled a driving incident by race stewards, but Lauda has been one of those vocal in his assertions that Hamilton was responsible for the pair’s retirement.

The Austrian has now asserted that Hamilton has admitted as much.

“Lewis looked us in the eye and took the blame,” Lauda told Austrian broadcaster ORF.

“He apologised. He took everything on himself. That’s fine with me.

“(Team boss) Toto (Wolff) sees it differently, but I’m a black and white thinker. If someone says ‘Guys, I’m really sorry’ – if someone makes a mistake and realizes it – then that for me is history.”

However, Lauda’s comments have provided little solace to a disgruntled Rosberg.

“I feel no solace that Niki Lauda blamed him (Hamilton),” said Rosberg. “I have lost a win and 25 points.”