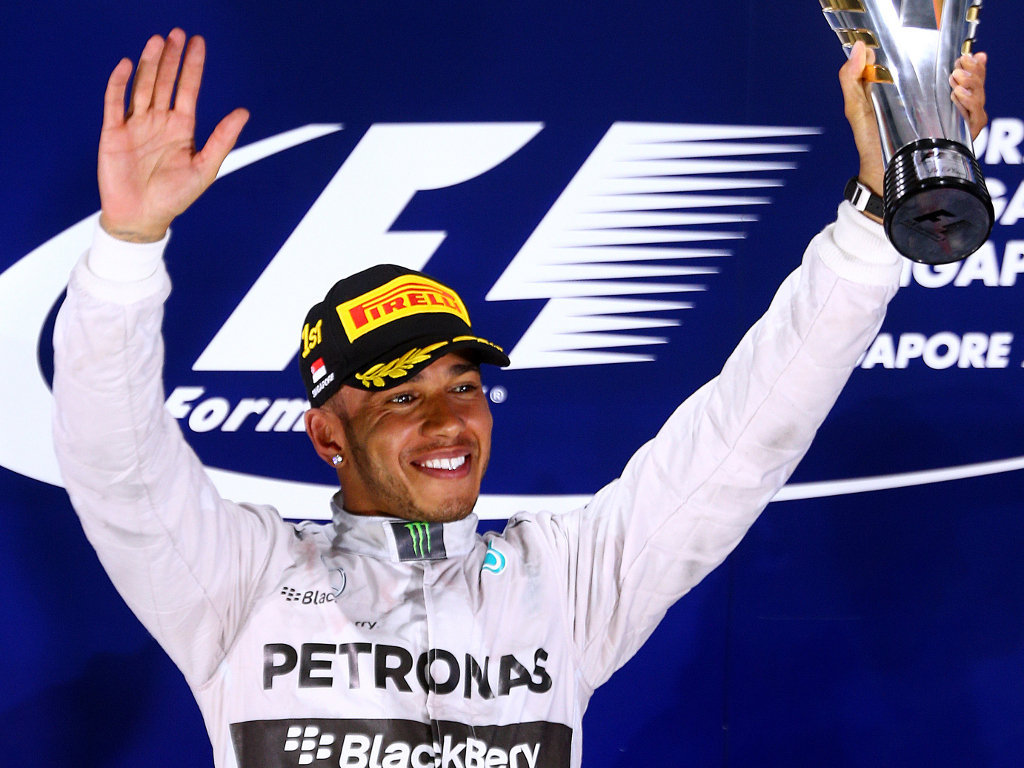 Mercedes’ bosses have heaped praise on Lewis Hamilton following his Singapore GP win with Niki Lauda saying he is worth every penny.

Hamilton returned to the top of the Drivers’ Championship with victory after his team-mate and main title rival Nico Rosberg was forced to retire with a mechanical problem.

However, the victory was far from clear-cut following the deployment of a Safety Car midway through the race as his enormous lead over the chasing pack disappeared. It meant he had to start over, but he built a 25s lead in only a handful of laps ahead of his pit stop and then re-emerged in second place after putting on fresh tyres.

He overtook Sebastian Vettel with relative ease and went on to win the race by a comfortable margin, leading to plenty of praise from Mercedes non-executive chairman Lauda.

“He’s worth his money I can tell you that!” Lauda told Sky Sports F1. “He won the race because he drove a sensational race – nothing more to say. Hard, hard and tough.”

“That was really awesome,” he said. “These are the Lewis Hamilton days, when you recognise how great he is, and it makes the difference between the superstars and the stars, the very best and best ones.”