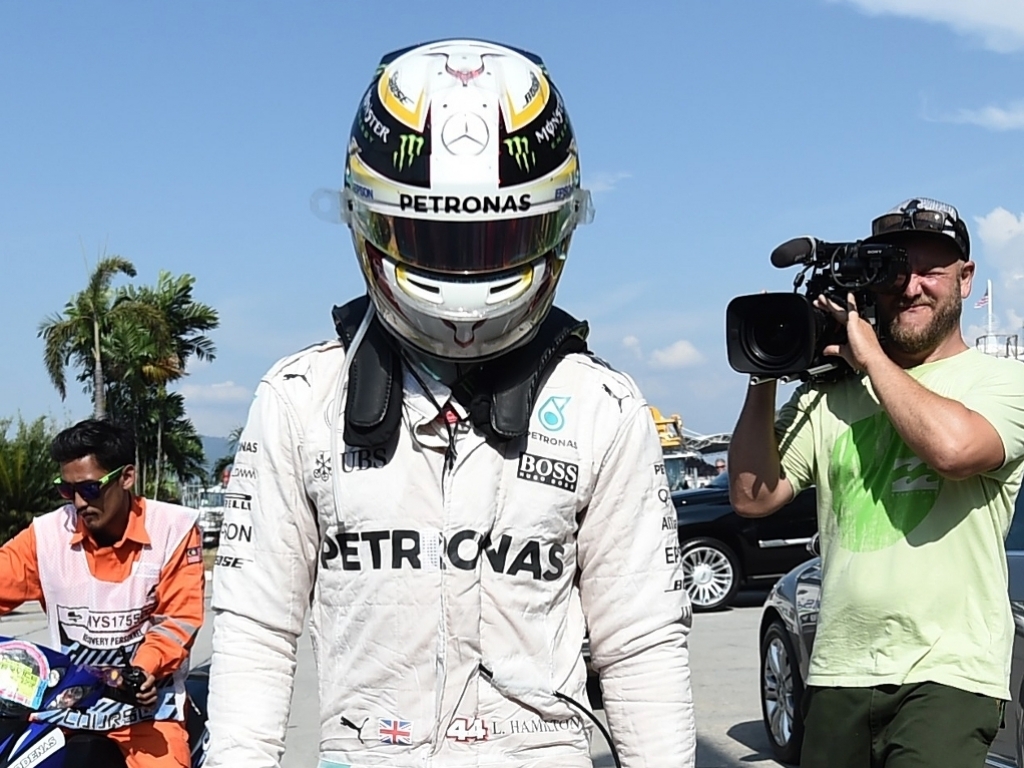 Niki Lauda has called claims of sabotage against Lewis Hamilton “completely ridiculous and stupid” after the Brit’s Malaysian GP ended with an engine failure.

Hamilton was angry in the wake of Sunday’s Malaysian Grand Prix when his hopes of winning the grand prix went up in smoke.

The Brit, who has had the bulk of Mercedes’ reliability woes, questioned why it was “only” his engine that went, adding that “something or someone doesn’t want me to win this year.”

This raised questions about sabotage, something that Mercedes non-executive chairman Lauda firmly denies.

“I know Lewis very well and he will not accuse the team,” said the Austrian. “This interpretation, I cannot accept it.

“Lewis knows we do everything possible to give him the best car and the best engine.

“I really feel sorry for him, I apologised to him that the engine failed.

“This is ridiculous. And if you speak to Lewis directly, I guess he will not say this.

“We worked for him and for Nico in a perfect way. He’s won two championships so far with us, we’ve finished the most races ever.

“What do you guys think, we suddenly start to sabotage? Why? It’s completely ridiculous and stupid.”

Asked what he believed Hamilton may have meant when he said “someone” doesn’t want him to win, Lauda replied: “He can mean anybody. This is a wide interpretation.

“If I am unlucky and I can’t find an explanation I say if there is a God then I have done something wrong or he doesn’t like me.

“If a driver is upset – I have been upset a couple of times in my racing career and I said some rubbish.

“I don’t want to say Lewis said rubbish, but these things can happen.

“It’s emotion, which is fully acceptable and there is nothing wrong.”