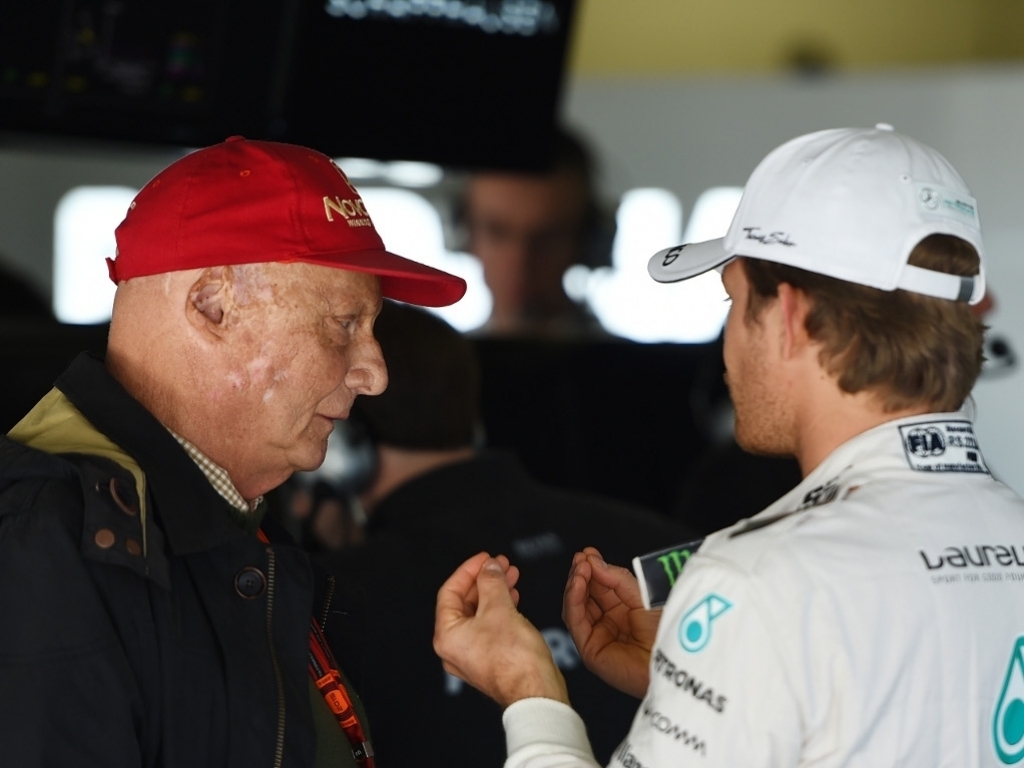 Following the controversy on the final lap of the Austrian Grand Prix, Niki Lauda revealed that Lewis Hamilton lied about having a good relationship with Nico Rosberg.

Hamilton told the Daily Mail last month that his rocky relationship with his teammate has settled down after spending time with him at a Monaco apartment building where they both reside.

“It’s actually really good with Nico at the moment – really, really good, surprisingly,” he said at the time of the interview.

However, in response to those comments, Lauda said that the Brit told the media what they wanted to hear and that as long as Rosberg remains the Championship leader there will always be a fierce rivalry between the two,

“Lewis lied about that,” he told Servus TV .

“Simple as that. He just said something. He wanted to be the softener in order to have his peace last weekend. He does what he can. The fight gets hotter the longer Nico is in front.”

He also revealed that Hamilton took his frustrations at his Baku qualifying crash out on his room in the Mercedes motorsport.

According to the former World Champion, Hamilton trashed the room.

“He did it because he crashed [in Baku qualifying]. He’ll have to pay for it, you can count on that.

“He told me I couldn’t come in because he was going to destroy everything. This is how it was.”

Hamilton’s victory in last Sunday’s Austrian Grand Prix cut down Rosberg’s lead on the Drivers’ table to only eleven points, with the latter placing fourth and also receiving a ten-second timed penalty.