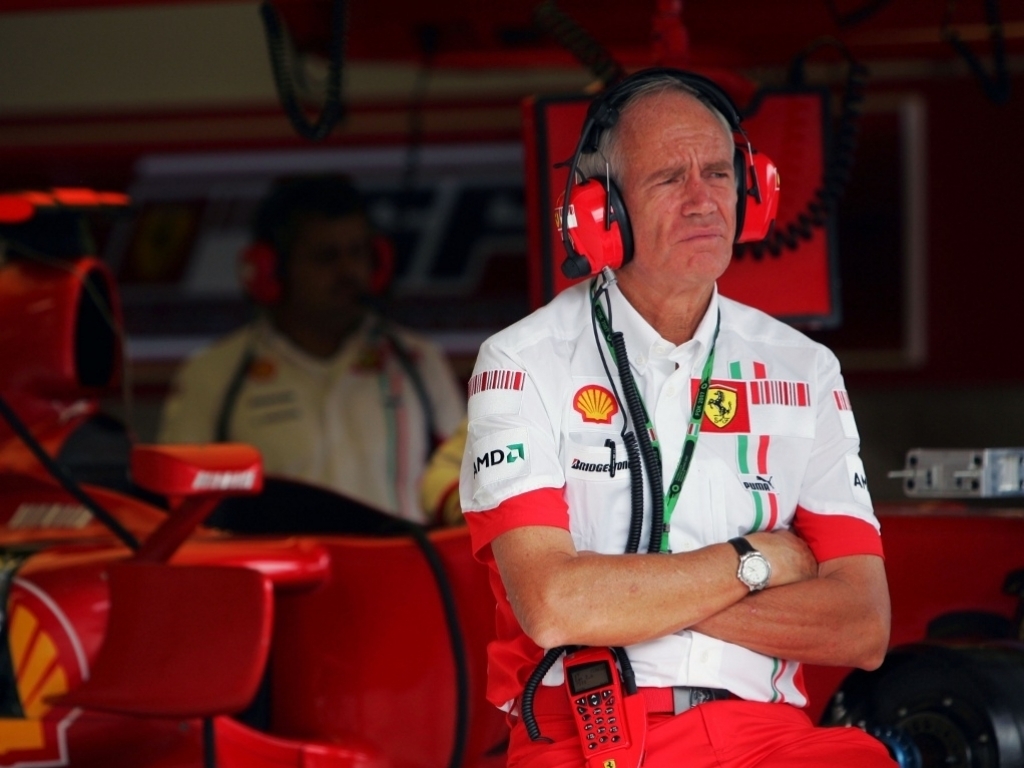 The Ferrari revolution continues with legendary designer Rory Byrne back at Maranello as a mentor.

Byrne helped design Benetton's title-winning car in 1995 before moving to Ferrari where he was part of the so called "Dream Team" that turned the Scuderia's floundering fortunes around with the outfit winning six Constructors' and five Drivers' Championships from 1999 to 2004.

With Ferrari once again going through a lean period, new team principal Maurizio Arrivabene has made several changes since taking over in November and one of them has seen Byrne return to Ferrari.

The 71-year-old South African is now the mentor for chief designer Simone Resta.

"Rory is working with Simone, he's as a mentor because of his experience and he's working on some detail of the car. Most people might think Rory is part of history, I don't think so. We are talking about the chief designer guru all the time but Rory isn't one of the guys who didn't win, he's one of the guys who won a lot," Arrivavene is quoted as saying by ESPNF1.

"Having a father or mentor for Simone is not a bad thing especially not when his enthusiasm is going up to the sky. I was talking to James [Allison] about it and he said 'why not?'. Rory has my utmost respect, especially for that night I saw him eating with the light inside his eyes."

Arrivavene says Byrne still has the enthusiasm he had during his first spell with the team.

"I have to tell you something funny," he said. "I spoke with Rory, I've known him for a long time. I asked him 'are you keen to work together with us, with your success, in the future to be a bit more involved?' Without taking anything away from Simone Resta, who is our chief designer.

"And you know, I saw in Rory a kind of light. It's unbelievable, a guy like this of his age, and he's still enthusiastic like a baby. I was really surprised. One night near to Christmas I went to a restaurant and I found Rory, who was eating very, very quickly, and I said 'Rory, calm down, where do you have to run!?' He had to run immediately back to the factory for a meeting with Resta."