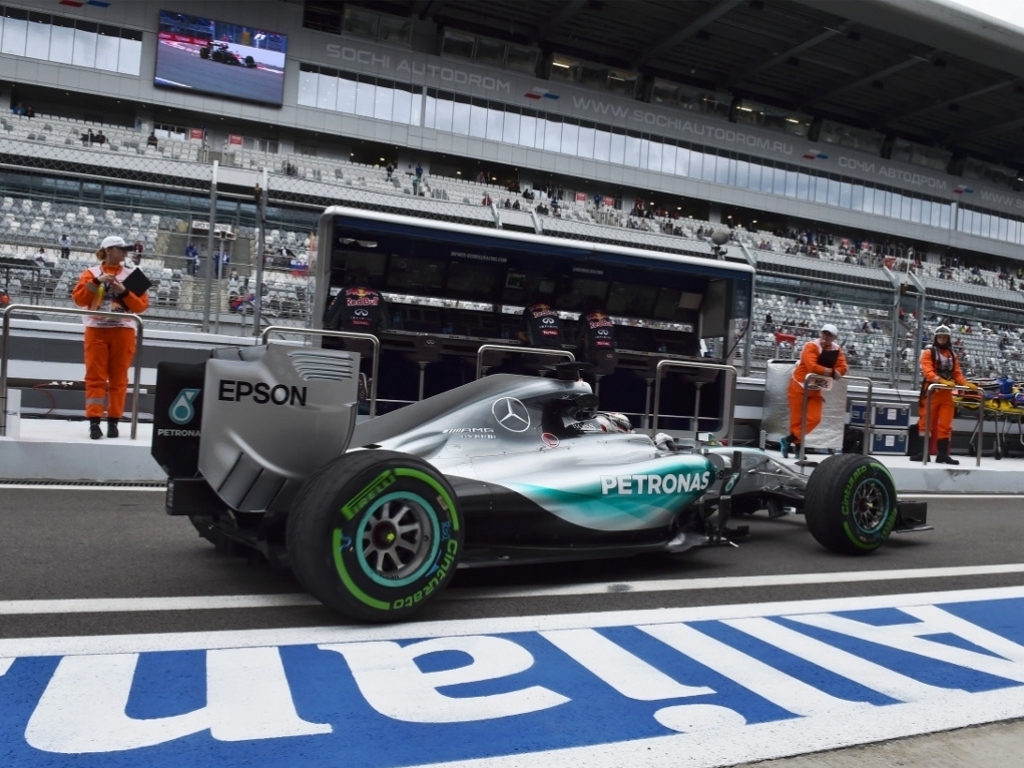 Despite "sitting and waiting" most of Friday, Lewis Hamilton has no concerns about Mercedes' lack of running on the dry tyres in Russia.

After being stunned by Sebastian Vettel and Ferrari in Singapore, Hamilton and Merc hit back with victory in Singapore a fortnight ago and they are once again expected to dominate at Sochi.

However, there are one or two concerns for Mercedes as the same tyre combination – the soft and supersofts – that was used at the Marina Bay Street Circuit is once again on offer in Russia.

To add another twist to the plot, teams had very little running on Friday due to a diesel spillage before FP1 and steady rain throughout FP2.

Hamilton, though, is confident about his team's chances as he believes they have done the hard work before the weekend got underway.

"I didn't go out on the slicks, but I don't have any concerns," he said. "Everyone is in the same boat, but I hope tomorrow is dry. Yesterday, the team did all of the analysis they could so, so we feel pretty confident about the weekend, but we will find out tomorrow.

He added: "You sit and wait. You watch and hope that the track is going to get better… Actually, I have to say that, today, we probably learned more than last time [in Japan].

"We went out and tested a wing and got some information just from one single lap, so we did get something, but in terms of myself, there was not much to learn from today [except that] it's cold, it's raining – and it's nicer when the sun's out!"