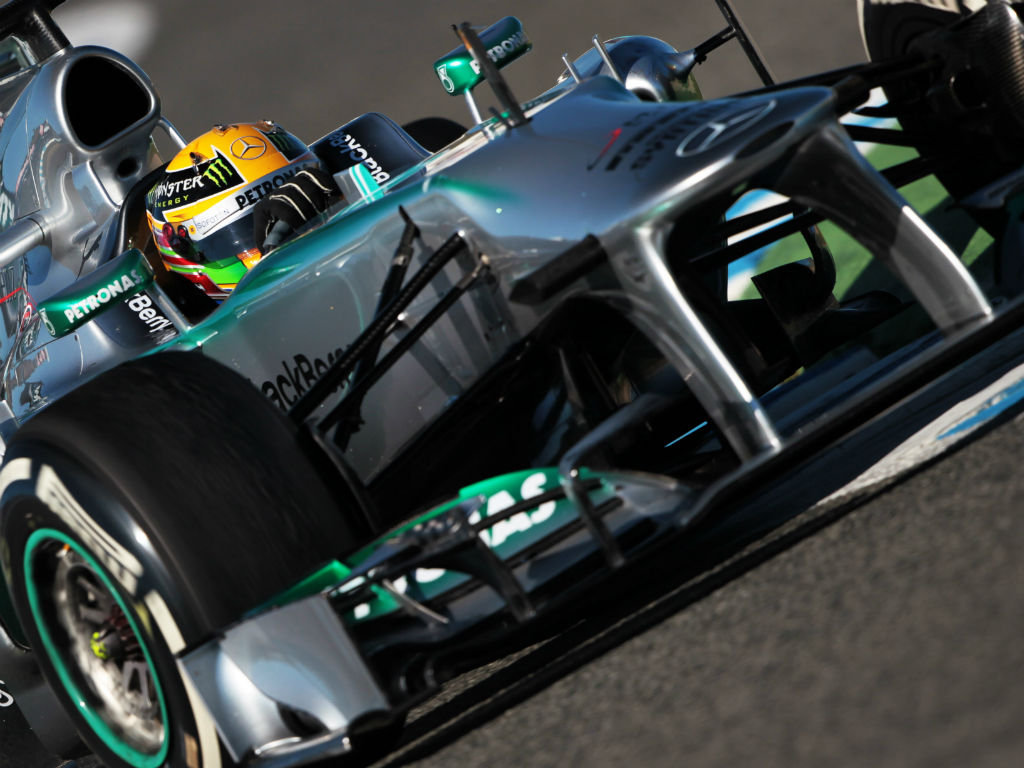 Although Lewis Hamilton won’t guess as to where Merc are in the pecking order, he is optimistic about his team’s progress…

Although Lewis Hamilton won’t guess as to where Merc are in the pecking order, he is optimistic about his team’s progress.

Mercedes appear to have recovered from a trying start to their pre-season which saw an electrical problem and a brake pressure issue limit their running on days one and two.

The team, though, came back strong on Thursday with Nico Rosberg covering 148 problem-free laps while setting the day’s second best time.

Asked where he believed Merc were in the ‘pecking order’, the Brit said: “I’ve asked the guys to try and predict it, but they don’t know. We don’t know what fuel loads people are on so it’s just a guess.”

He added: “I think we’re at the level we’re comfortable with so we couldn’t really ask for more.

“The guys have done a great job to add downforce to the car and understand where they’re going to take the car in the direction that we really want it to go.

“And now they need the direction: they need me and Nico to tell them where they can improve the car and which direction to go.

“Is it the front we need to improve or is it the rear end? Is it globally, is it corner entry, this kind of thing? So that’s what we’re working on.”

As Mercedes’ early woes, Hamilton says it is not a disaster to the team’s preparations as they have been catching up.

“I feel like the mileage…of course it would count, because by the time we get to the end someone’s on five thousand kilometres or whatever it is and we would have done four – or something like that.

“But we’re catching up.

“I think in the next test we’ll continue to work on set-up, particularly to understand the characteristics of the aerodynamics. The guys are just trying to get as much information as possible.

“As for me, I’m just listening to the car. Just trying to figure out what I need to improve.”