Home Uncategorized Lewis: Could be worse, could be at HRT 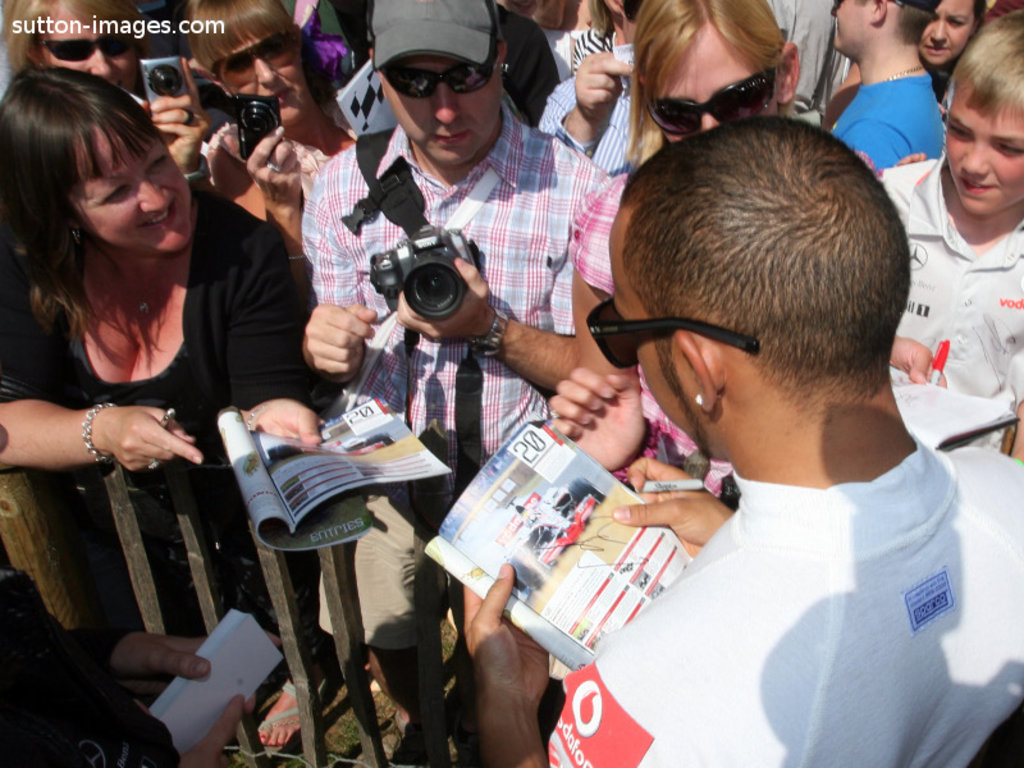 Lewis Hamilton says if he won one World title that would “massively suck” but, on the upside, he “could be down at HRT”…

Lewis Hamilton says if he won one World title that would “massively suck” but, on the upside, he “could be down at HRT”.

Hamilton won the Drivers’ Championship title back in 2008, only his second season in Formula One. However, since then he has failed to even reach the Championship podium, finishing fifth in 2009 and fourth last season.

And it appears as if this campaign will also pass without another title to his name.

Hamilton is currently fourth in the standings on 97 points, a massive 89 behind Championship leader Sebastian Vettel.

“It would feel like a waste of so many years. A lot of people say it’s just about participating, but it’s not.

“I want to win. I’m here to win. It’s all I care about, it’s what I live for. Second feels less devastating but third, fourth is not good.

“Then you have to look at things, you could be down at HRT F1 and be finishing 20th or worse. I wouldn’t be able to race then.”

As for reigning World Champion Vettel, the German bumped Hamilton out of the record books when he clinched the crown last season, becoming the youngest-ever World Champ.

And last time out in Valencia, he also overhauled the McLaren driver in number of race wins, now having 16 to Hamilton’s 15.

Hamilton, though, is hoping Vettel doesn’t get too far ahead of him in the wins column as that would most likely equal more titles for the Red Bull driver.

“He won the World Championship at a younger age than me, taking me out of the record books,” said the 26-year-old.

“I just hope he doesn’t get too far ahead of me in terms of wins.

“If you have the car and starting from pole position then winning the race is not too hard. Starting from farther back is much harder.”

Asked whether it was the Red Bull RB7 or Vettel that was claiming the victories, Hamilton says that while the car is great, so too his title rival.

“In that car, definitely. You saw Mark Webber start all the way at the back in Shanghai and got up to third. That car is phenomenal.

“He (Vettel) has got lots of qualities – massively competitive, massively quick. At the moment, he has a very strong head on his shoulders.”