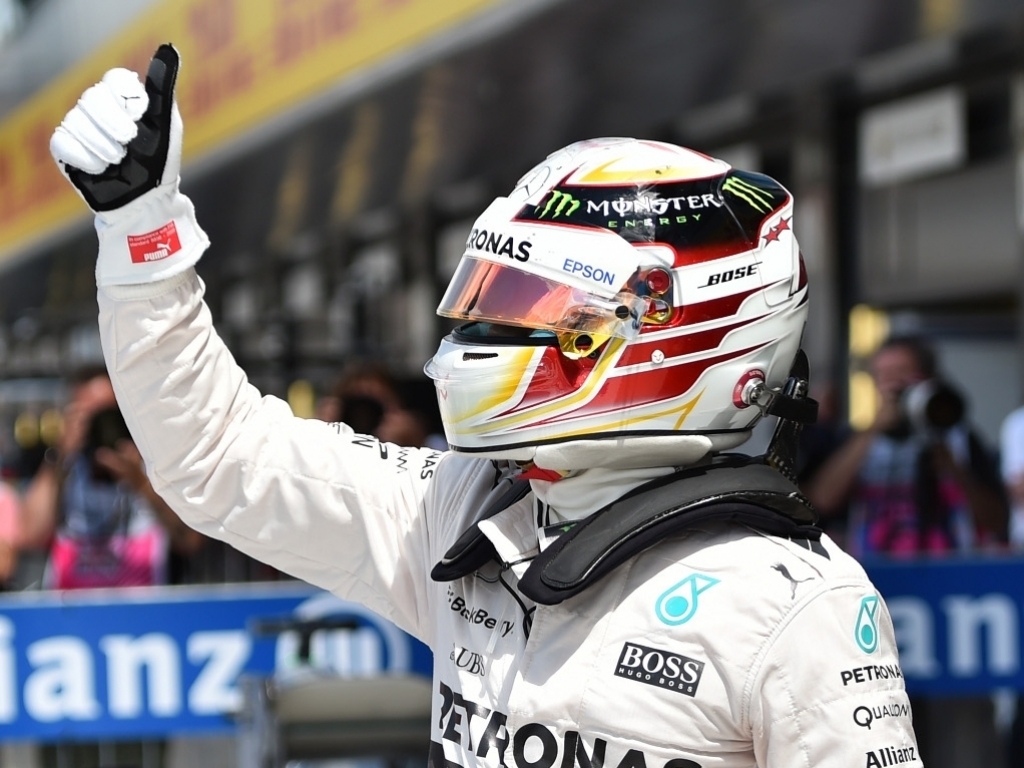 Lewis Hamilton completed the first part of the job by taking pole at Silverstone and now he hopes the fans can spur him towards victory on his home turf on Sunday.

The defending World Champion is looking for his third British Grand Prix win following his successes in 2014 and 2008 and he will start Sunday's race in P1 after he edged Mercedes team-mate Nico Rosberg by 0.113 during Q3.

He once again did the business on his first run in Q3 with his 1:32.248 proving to be good enough for the 46th pole position of his career and eighth of the 2015 season.

"It is a special day and a special meaning when you get pole position on your home turf. So many people have come out today and this weekend and they really do motivate me through the weekend," he said.

Hamilton wasn't happy with the W06 during Friday's two practice sessions and Rosberg ended up being fastest, but he upped his game on Saturday and was P1 in FP3 and then claimed P1 in qualifying.

He continued: "Generally it has not been the smoothest of weekends. It's been up and down in terms of set-up, balance and getting laps. I made changes to the car going into qualifying, which was perhaps not the most spectacular for qualy lap, but hopefully will be good for the race.

"Once I got to Q3 I could just go all out and get that lap. Incredibly happy."

As for the support he is getting from the home crowd, added: "It's the banners, the flags, the team caps, the messages that get sent every day. They just create the atmosphere, that buzz. You know those guys are there right behind you and I hope the energy they give can help us tomorrow."