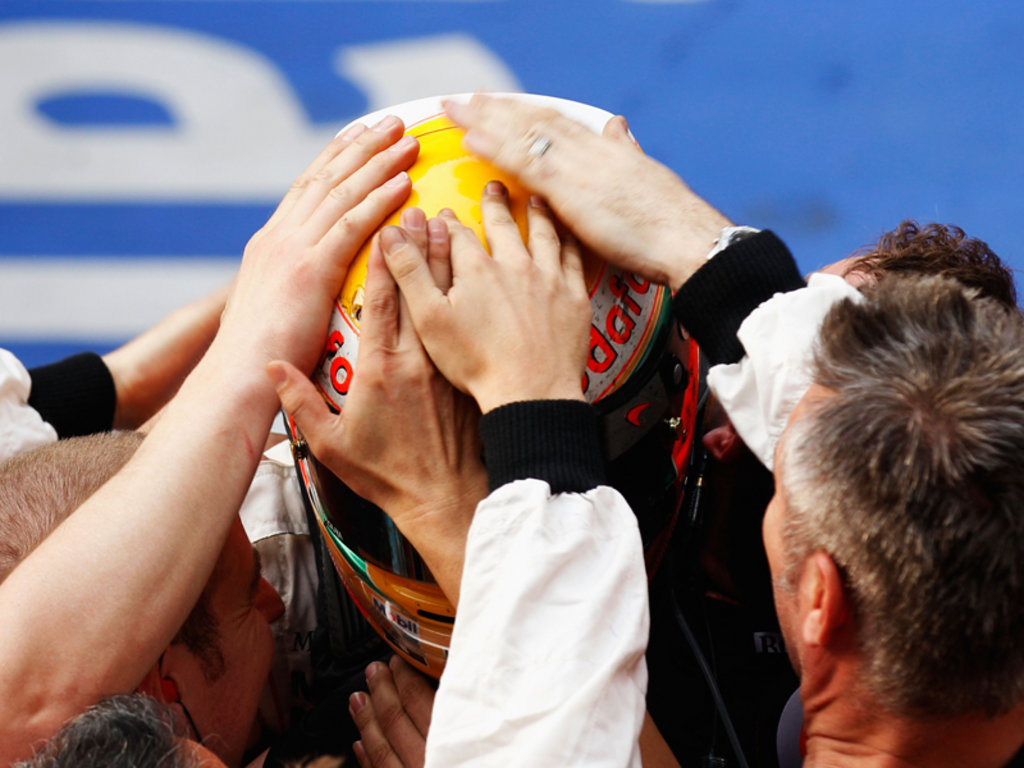 Lewis Hamilton has identified the MP4-26’s downforce package as the next area that McLaren need to improve on if they want to match Red Bull consistently.

After enduring a mediocre pre-season during which they struggled to match Virgin and Lotus in terms of reliability let alone Red Bull and Ferrari, the Woking team have managed to turn things around in the space of a month. Hamilton and Jenson Button picked up second-place finishes in Melbourne and Malaysia respectively and the former added the cherry on the cake with victory at the Chinese Grand Prix.

Their ability to haul in Sebastian Vettel and Red Bull, who looked to be untouchable in pre-season, has been impressive and Hamilton feels they could knock more time off the Milton Keynes team’s pace if they improve their downforce package.

“We are definitely the second quickest team and behind Red Bull,” he told Reuters. “We are the only ones really applying pressure but you can see Mercedes are catching up and Ferrari are still quite competitive. We have really got to just keep moving forwards and we can’t let the ball really drop.

“I think the next step is making a step on our downforce package because the Red Bulls definitely have quite a bit more downforce than us. They’ve got over half a second’s worth of downforce on their car than we do which I think we can catch. Then we will really have a winning car.”

As for winning so early in the season after their poor performance during winter testing, the 26-year-old admits he never thought he’d be on the top step of the podium after just three races.

“If you really, really knew how bad the car was behaving in the winter… you would get to 10 laps if you were lucky,” he is quoted in The Guardian.

“The reliability was a disaster. While we were being quite cool about it, it was worrying for sure. Then they pushed very hard and in the space of two weeks it was incredible what they were able to bring to Australia. We worked so hard. Our desire to win is huge.

“It still feels absolutely amazing to have a car beneath us that can compete. We’ve still got some way to go to close the gap to the Red Bulls but we had the better strategy in China and were able to execute it really well. The team will keep on pushing as hard as ever as we head into the European season.”