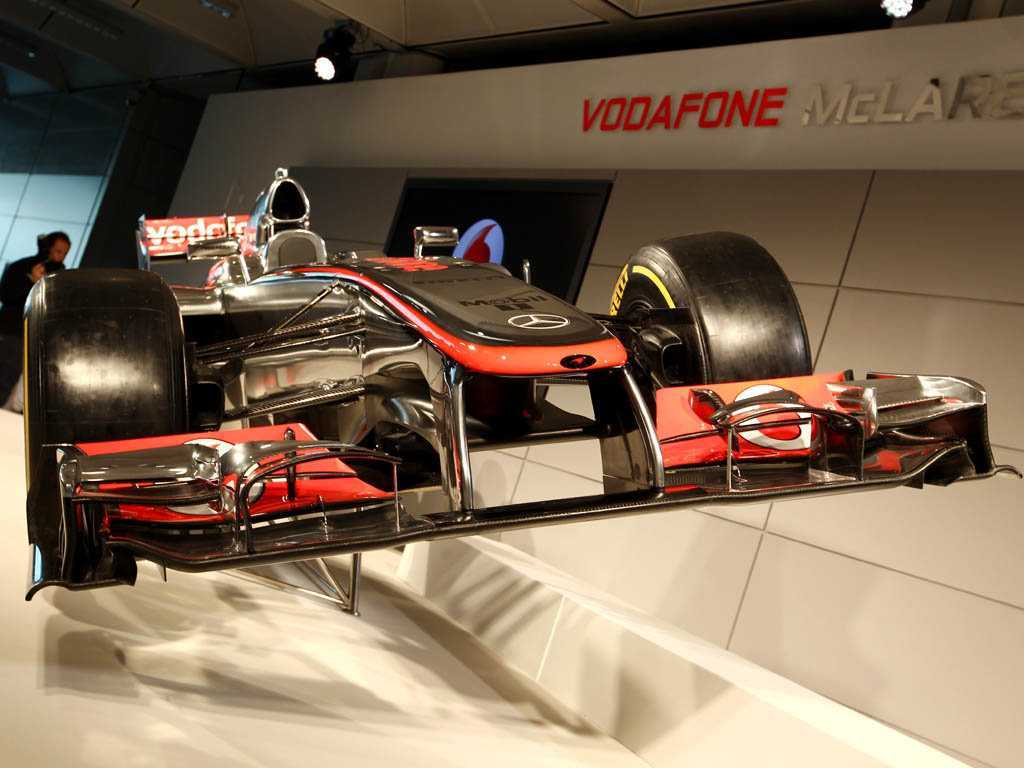 Lewis Hamilton was full of smiles as the MP4-27’s launch, saying last year’s nemesis Felipe Massa would appreciate the new design the most…

Lewis Hamilton was full of smiles as McLaren revealed their MP4-27, saying last year’s nemesis Felipe Massa will probably appreciate the new design the most.

In sharp contrast to the often worried look he sported last season, Hamilton stepped onto the staging at Woking looking relaxed and happy as himself and Jenson Button took the covers off their 2012 car.

And first impressions all around was that the MP4-27 is a beautiful car, especially as McLaren have avoided the ugly boxer nose that Caterham’s new challenger is sporting.

“The nose dips down a little bit to last year and they’ve changed the mirrors so hopefully I’ll see a bit better than I did last year.

He added with a smile and a laugh: “Felipe will be very happy with that.”

The nose and mirrors, though, are not the only changes as for this year’s Championship the blown diffusers have bee banned meaning teams have had to find other ways to make up for the lost downforce.

“It’s snug at the back to improve aerodynamics,” said Hamilton.

“Without the blown diffuser we lose an incredible amount of downforce. So that’s the biggest loss for us and we’ll try to regain it in other ways.

“I think as we get into the season we’ll improve and find out where that downforce can come.

“But I think the guys have done a fantastic job.”

The Brit, who had a trying last season when his on-track performances suffered as a result of his off-track problems, is relishing his sixth season with McLaren, hoping that it will be yet another year of fighting at the front.

“It feels strange to say this is my sixth season.

“t feels like it was only yesterday that I went to Ron (Dennis) and said I wanted to race for his team.

“But we’ve been competing at the front all those years. We’ve strength in depth, a great foundation from which we work. This is a team that never gives up.”