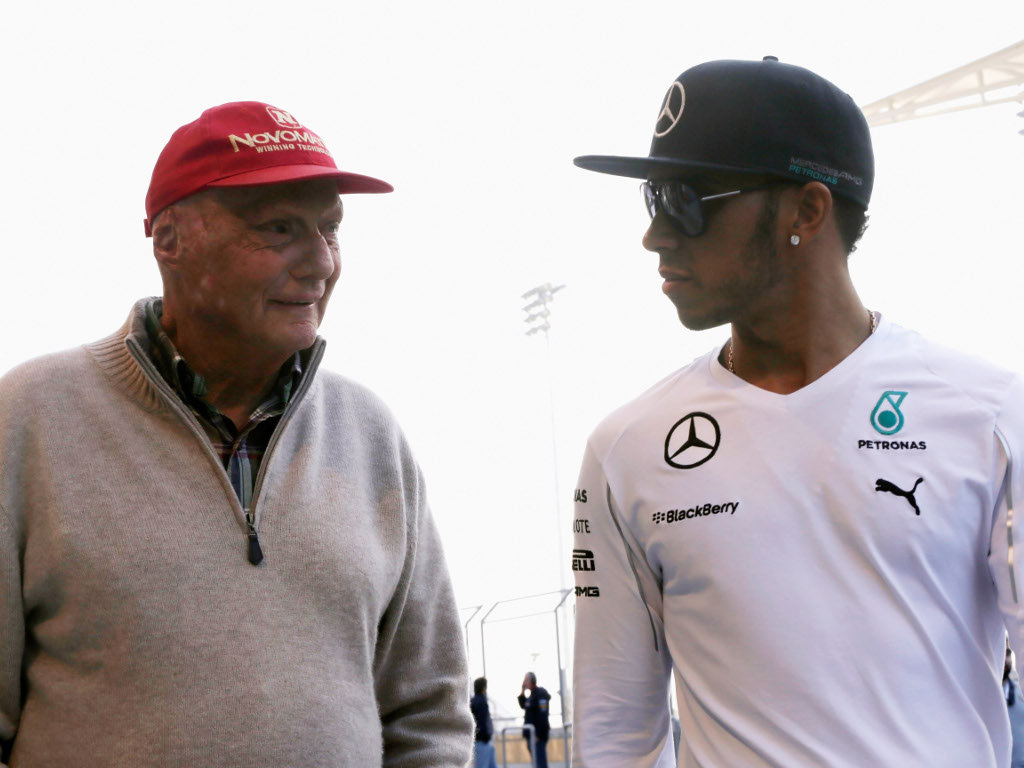 Although Niki Lauda feels Lewis Hamilton is “unbeatable” at present, he says when Nico Rosberg can beat him he will be free to do so…

Although Niki Lauda feels Lewis Hamilton is “unbeatable” at present, he says when Nico Rosberg can beat him he will be free to do so.

Hamilton race-winning streak continued in Barcelona on Sunday when he added a fourth consecutive victory to his tally.

It is the first time the British driver has achieved four on the trot and means he now leads the Championship by three points over Nico Rosberg.

“Lewis Hamilton is unbeatable,” Lauda told the Daily Mail. “It’s very simple. Because he’s getting better and better every race.

“He makes no mistake whatsoever. He’s got a strong personality. He’s focused. Nico tried every trick today to get him. And he did a good job, but he couldn’t pass him.

“Nico is aware at what level Lewis is driving because they both drive the same car. And Nico will continue to fight, which for me is the most important thing.

“Because if Nico keeps on pushing himself to beat Lewis, the big advantage is that both cars will go quicker.

“So I’m in a very comfortable situation – outstanding by Lewis and Nico trying to catch up.”

In fact Rosberg did catch up and dogged his team-mate throughout the final few laps. But rather than warn the drivers to hold station, Lauda says they are still free to race as they did in Bahrain.

“My strategy is very simple. We do not interfere with who is winning what. We let our drivers drive from beginning to the end.

“So far nothing bad has happened. If there is no third driver in championship contention then I’m completely relaxed.

“Then they can drive over each other, and whoever is surviving is the World Champion. This is my dream.