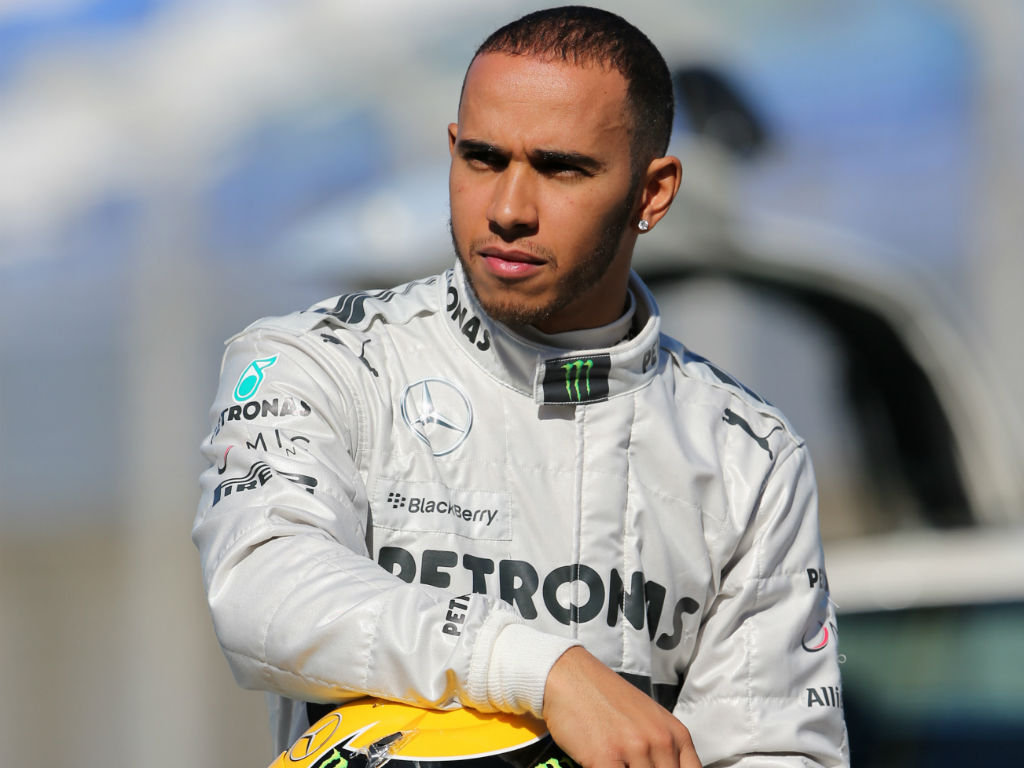 Entering his seventh season in F1, Lewis Hamilton has taken the biggest gamble of all as he swapped McLaren for Mercedes…

Entering his seventh season in F1, Lewis Hamilton has taken the biggest gamble of all as he swapped McLaren for Mercedes.

Already, it is difficult to imagine motorsport with Hamilton – but, then, F1 has been cast as his destiny from an early age.

Lewis began his motorsport career in 1995 when he crowned the Super One British Champion as well as the STP Champion. It was the start of his dominance in all the series that he would enter.

The following year, still in the Cadet Class, he won the Sky TV Kart Masters as well as the Five Nations. The year he also began his association with McLaren, winning the McLaren Mercedes Champions of the Future series.

In 1997, in Junior Yamaha, he again was crowned the Super One British Champion as well as winning the McLaren Mercedes Champions of the Future series for the second successive season. A fourth in the Italian Open Championship the next season resulted in Lewis being signed by McLaren and Mercedes-Benz to Young Driver Support Programme.

The Brit then spent a year in Intercontinental A before moving to Formula A where he was crowned the European Champion. After that is was off to the British Formula Renault, where he won the title in 2003 and then on to the F3 Euroseries, winning the Championship in 2005.

Lewis’s latest Championship success came in 2006, when he won the GP2 series with ART Grand Prix.

The Brit’s achievements in junior series earned him a test driver role with the McLaren F1 team and after impressing team boss Ron Dennis, Lewis landed the coveted role of team-mate to Fernando Alonso in the 2007 F1 season.

And he quickly rose to the occasion. Fourth place in his first qualifying and a third-placed finish in his debut grand prix in Australia saw Dennis’ faith in Hamilton immediately vindicated.

The McLaren driver went on to record a further eight consecutive podium finishes, including race wins in Canada and the United States before finishing his first race off the podium and out of the points in the European GP, round 10 of the Championship.

However, he bounced back with a win in Hungary and followed that up with three more points-finishes before claiming his fourth win of the season in Japan.

With two races remaining on the calendar, Lewis looked set for the World title, but a poor tyre decision led to him retiring from the Chinese GP, although he still entered the final race of the season as the leader in the Drivers’ Championship.

Unfortunately for Lewis, though, it wasn’t meant to be as a gearbox problem cost him roughly half a minute and put an end to his quest of becoming the first rookie F1 World Champion. But he still finished runner-up in the Championship, beating his double World Champion team-mate Fernando Alonso.

After a difficult and controversial driving ‘partnership’ with Fernando Alonso provided fertile ground for gossipers throughout Hamilton’s rookie season, the pair were separated for 2008 with Alonso moving to Renault and Hamilton remaining at McLaren where he was partnered by Heikki Kovalainen. And the Brit immediately emerged as the stronger of the Woking drivers.

Four podium finishes, including two wins, in the opening five races saw Hamilton get his season off to a solid start. However, a crash in the pit lane in Canada, where he failed to see the red light and took out rival Kimi Raikkonen, earned him condemnation from his detractors., It also saw him penalised for the French GP.

Hamilton came back at the British GP to win his home race in stunning fashion while his peers struggled to cope with the wet conditions, while another win in Germany was followed by a string of five points-finishes. But along with the points came the penalties which at times seemed to be aimed at stopping Hamilton from winning the World title.

After being stripped of victory in the Belgian GP, Hamilton was also penalised during the Japanese GP when he was punished for pushing Raikkonen wide at the start, even though fitting 20 cars into one corner invariably means some run wide.

The McLaren driver, though, rose above it all, including racist abuse in the build-up to the Brazilian GP, to put aside 2007’s disappointment to win the Drivers’ Championship title by one point over Massa.

However, his title defence in 2009 was anything but stellar largely due to his early transgressions coupled with McLaren’s failure to produce a race winning car.

The season started in controversy for Hamilton as he was at the heart liargate during which he found guilty of deliberately misleading race stewards in Australia when he “deliberately mislead” stewards as to the reason why Jarno Trulli had been able to overtake under a Safety Car situation. Trulli was initially punished but later it emerged that Hamilton had not been entirely truthful with the stewards – and on more than one occasion. As such he was thrown out of the Australia’s results and his reputation suffered an almost fatal blow.

From there it went downhill for the Brit, who amidst numerous apologies for his earlier behaviour, went another eight races before finally making his way onto the podium. But despite winning in Hungary it was evident that Hamilton had no chance of retaining the World title.

McLaren continued their fightback in form which saw Hamilton claim a further four podium finishes, one of which was the victory at the Singapore GP.

His season ended on 49 points, a marked difference to that of Championship winner Jenson Button, who claimed 95 on his way to the World title.

Interestingly, McLaren announced post-season that Button would be partnership Hamilton in 2010 in an all-British dream team. However, the dream team failed to produce the goods.

Lost in pace compared to Red Bull and trailing badly behind in qualifying, Hamilton managed just three race victories and only one pole position, Canada, throughout the Championship.

Again it was another season where the McLaren driver courted controversy, although the introduction of driver stewards meant he escaped any punishment, only receiving a handful of reprimands – a bit to the dismay of former team-mate Alonso.

Hamilton, though, did managed to stay in the title fight right up until the final race in Abu Dhabi. But needing 24 points and for all three of his rivals to crash out of the race, it was a long-shot and he had to settle for fourth place in the standings.
But while Hamilton wasn’t happy with his 2010 showing, his performances in 2011 left most – in fact everyone but his team boss – cringing.

With off-track problem – his break-up with his pop star girlfriend – colouring his on-track showings, Hamilton was woefully off the pace and all too often behaved woefully as well.

With more visits to the stewards for incidents involving other drivers, including no fewer than six with Ferrari’s Felipe Massa, Hamilton spent more time in their offices than he did on the podium.