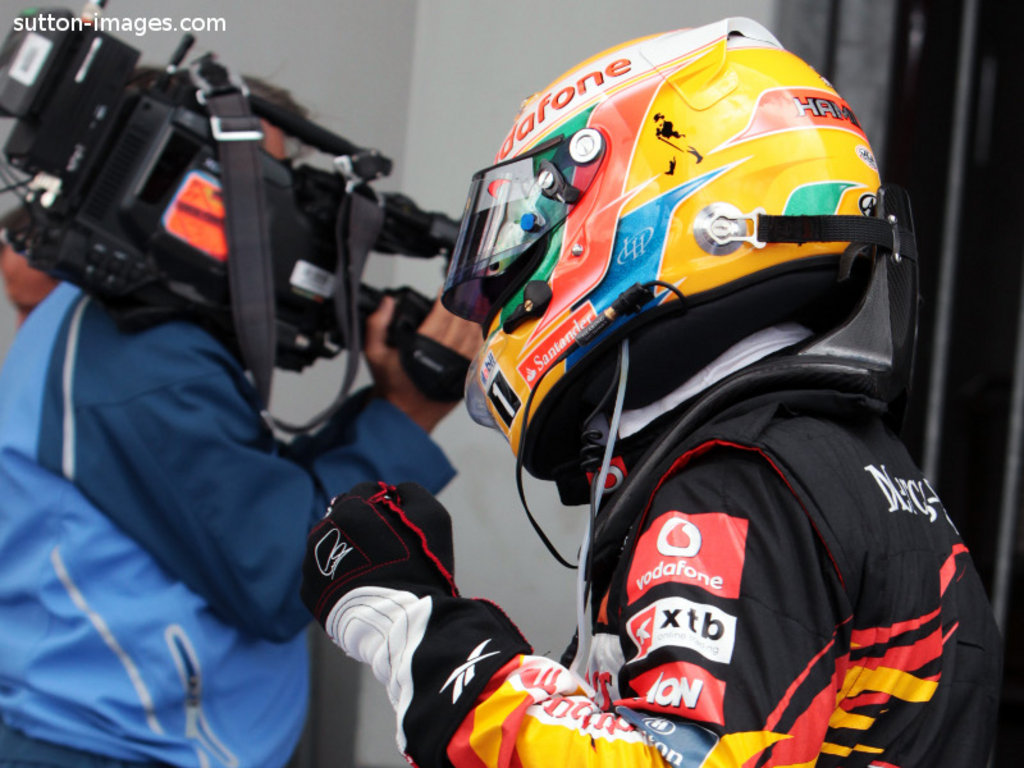 After stating on Friday that McLaren “definitely” cannot fight for pole, Lewis Hamilton was pleasantly surprised by his front row grid slot in Germany…

After stating on Friday that McLaren “definitely” cannot fight for pole, Lewis Hamilton was pleasantly surprised by his front row grid slot in Germany.

Hamilton was a bit down after Friday’s two 90-minute practice sessions, which saw him finish over a second behind Red Bull’s Mark Webber.

Later that evening, the McLaren driver proclaimed: “We definitely can’t challenge for pole, but then having said that, we don’t know what fuel level everyone is on.

“So we might be pleasantly surprised tomorrow to find that we are heavier than others, and that again brings us closer. But historically, that’s not the case.”

And what a pleasant surprise it was when he qualified P2 for the Nurburgring race, just 0.055s behind Webber.

“Absolutely,” he said after qualifying when asked if his front row starting position had come as a surprise.

“I definitely underestimated how good car would be when we went to light fuel. The lap was beautiful – it was one of the happiest and comforting laps I have ever had.

“I was sitting in the car before Q3 and I thought I might have to eat my words. It was definitely the best qualifying session I can remember having at least this year. First session was fantastic and the last lap was excellent.

“When I crossed the line it was massively satisfying.”

The 2008 World Champ hailed his team, saying his P2 was down to the efforts of those working behind the scenes.